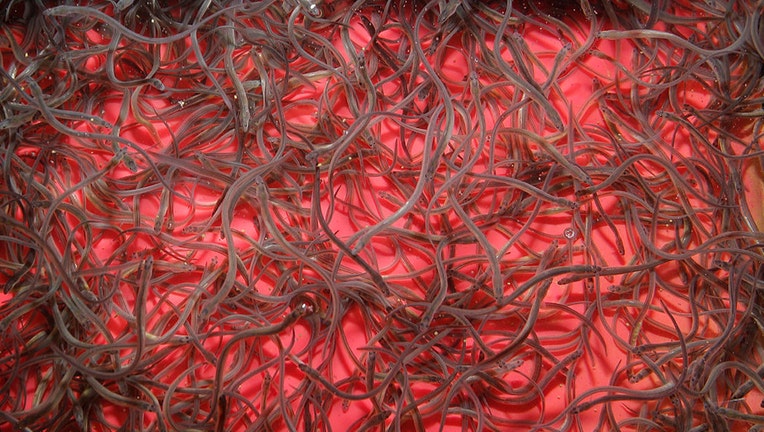 NEW JERSEY - The federal government has indicted a seafood distributor and eight of its employees and associates on charges of smuggling valuable eels.

The company, American Eel Depot of Totowa, New Jersey, is the biggest importer and wholesale distributor of eel meat in the country. The Justice Department said on April 29 that the defendants in the case conspired to unlawfully smuggle large numbers of baby European eels out of Europe to a factory in China.

The department said the eels were reared to maturity, slaughtered and processed for shipping to the U.S. for sale as sushi. The defendants in the case are charged with violating the Lacey Act, which bans illegal trafficking in wildlife, and conspiracy to violate the Endangered Species Act, the department said.

Baby eels are among the most lucrative fish species in the seafood world. The U.S. fishery for American eels is based almost entirely in Maine. The baby eels are often worth more than $2,000 per pound at the docks.

Concerns that war in Europe or fickle weather might hold back one of America's most valuable fisheries appear to have been unfounded. The price for the tiny fish is back up to pre-pandemic levels this spring.