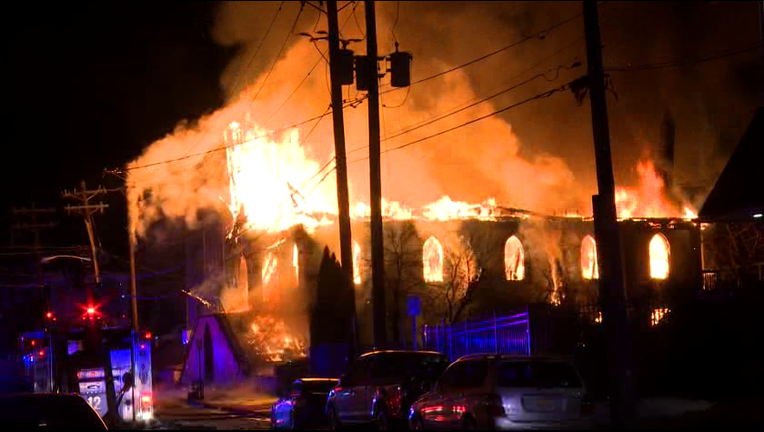 ELIZABETH, N.J. (AP) — Officials say they are “trying to rebuild" following a fire that ripped through a New Jersey church that dates back almost a century and a half.

Robert Ingram, who organized a GoFundMe campaign, said everything had been lost in the “devastating and tragic" blaze early Sunday at Shiloh Baptist Church.

“Instead of waking up and being able to go to church, we woke up to this," Ingram said. “Now we're trying to rebuild."

Chief Thomas McNamara of the Elizabeth fire department said the church was “pretty much destroyed.” Arriving fire crews reported the church fully engulfed in flames and the back of the structure collapsed as crews worked to try to protect nearby buildings, officials said.

The church's Facebook page lists its founding date as November 1879.

Gov. Phil Murphy said in a message on Twitter that he was “devastated" by the fire and expressed thanks to first responders.

“Thoughts and prayers to the congregation and leadership during this difficult time," he said.

“I’m shocked and sad, but still faithful. Our trust in God is not shaken,” Pastor William Ingram told CBS 2 New York. “This church has been here over a century, I’ve been here a quarter-century, and I know God is able to overcome this.”

Congregants are to attend services at the nearby Union Baptist Church for the time being. Officials said a popular twice-monthly soup kitchen will be held at a different location.