Gruesome double homicide in the Bronx

The NYPD is investigating a gruesome double homicide in the Bronx after two people were found inside a burned car after being shot.

NEW YORK - A couple found shot to death and burned in a car in the Bronx were reportedly victims of a deadly gang conflict.

NYPD officials have not identified the victims, but family members have identified them as Nikki Huang and ex-college basketball player Jesse Parrilla, 22.

NYPD officers responded to a 911 call just before 4:30 a.m. Monday of a car on fire on Shore Road in the area of Pelham Split Rock Course in the Pelham Bay Park area.

Police found a Honda Accord on the side of the road engulfed in flames.

FDNY firefighters extinguished the fire and found the two bodies inside the vehicle.  The medical examiner later determined that they had been shot.

2 people found in burning car had been shot.

Two bodies found in a burning car in the Bronx had gunshot wounds and the case is now being investigated as a homicide.

The Post cited sources claiming the pair was killed as part of a series of shootings after Huang allegedly told friends who were in a gang that a rival gang mugged her.

Parrilla was not a part of the dispute between the Up the Hill and the Down the Hill crews, the sources told the paper and was just in the wrong spot at the wrong time.  He played basketball for one year at Genesee Community College.

A spokesman for Genesee Community College said in an email to FOX 5 News:  "We at GCC are saddened to learn of the tragic and untimely passing of Jesse Parrilla.  During his time on campus in 2018-19, Jesse was an energetic and well-liked student who made his mark in many areas, including as a member of our men's basketball team.  Beyond his initial time on campus, Jesse continued his academic pursuits at GCC as an online student as recently as Spring 2021.  Jesse is dearly missed by the GCC community, and we extend our deepest sympathies to his family and friends." 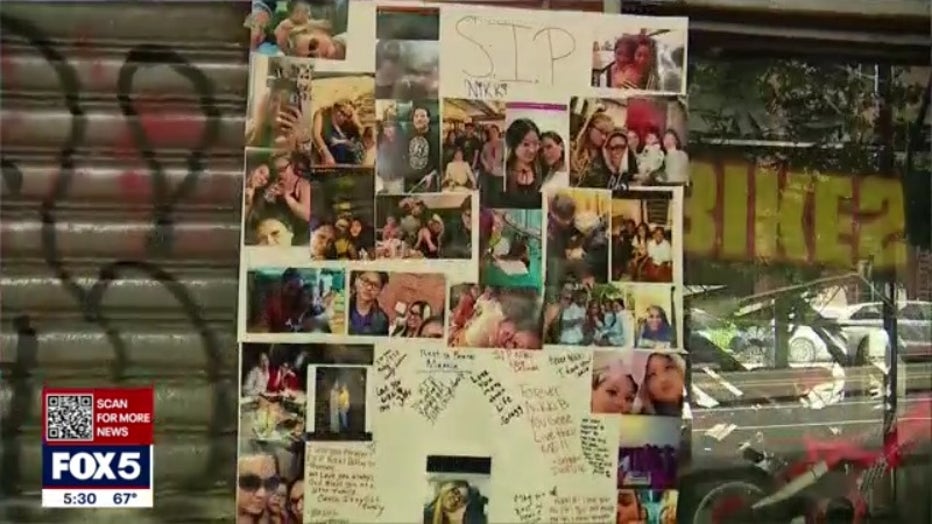 A memorial for Huang was growing in Chinatown.

A memorial for Huang grew outside her family's restaurant in the Chinatown section of Manhattan on Friday.  Mourners left flowers, candles, and other mementos in her memory.

There have been no arrests in the killings.

A GoFundMe has been set up to help Huang's family.