Nicki Minaj said she has been invited to the White House days after a controversial tweet the rapper posted which claimed, without citing evidence, that her cousin in Trinidad had a friend who allegedly became impotent and suffered swollen testicles after receiving the COVID-19 vaccine.

Minaj wrote that she would be dressed in all pink "like Legally Blonde" upon her visit and would ask questions "on behalf of the ppl who have been made fun of for simply being human," according to a tweet she published on Wednesday.

The White House confirmed to Fox News that the Biden administration had extended an invite to Minaj, with an official saying, "As we have with others, we offered a call with Nicki Minaj and one of our doctors to answer questions she has about the safety and effectiveness of the vaccine."

Also on Wednesday, Minaj posted on her Instagram stories claiming that she was in "Twitter jail," alleging the platform "didn’t like" what she had been posting and appeared to put restrictions on her account. 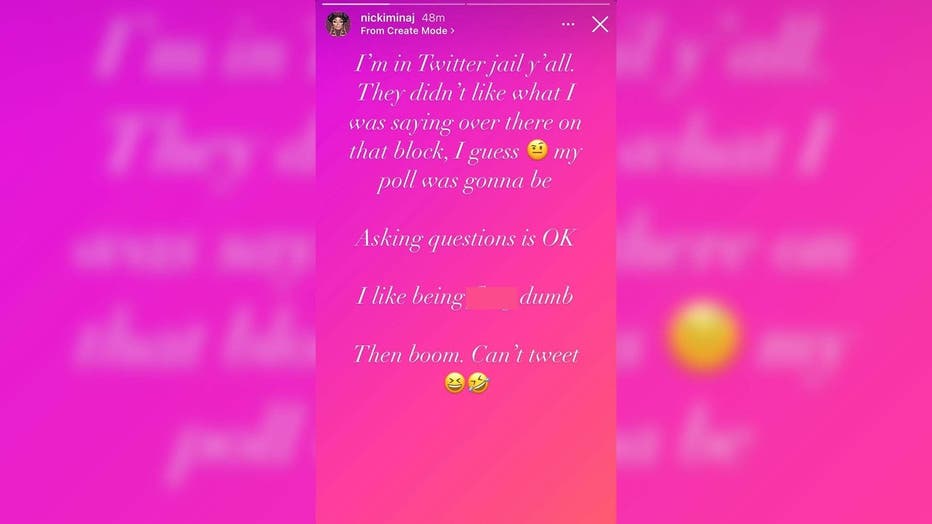 Minaj tweeted earlier in the day that the White House had invited her to visit after she revealed her hesitancy to get the COVID-19 vaccine on Twitter earlier in the week. She then responded to another user, "Right. I can’t speak to, agree with, even look at someone from a particular political party. Ppl aren’t human any more. If you’re black & a Democrat tells u to shove marbles up ur *ss, you simply have to. If another party tells u to look out for that bus, stand there & get hit."

Minaj’s controversial Sept. 13 tweet about COVID-19 vaccines was met with a tidal wave of backlash on social media.

The rapper also said she wasn't vaccinated and was still deciding whether she would get the jab, tweeting ahead of the Met Gala, "They want you to get vaccinated for the Met. if I get vaccinated it won’t [be] for the Met. It’ll be once I feel I’ve done enough research. I’m working on that now. In the meantime my loves, be safe. Wear the mask with 2 strings that grips your head & face. Not that loose one."

The artist was lambasted by critics including MSNBC host Joy Reid, who called out Minaj on the air. Minaj saw the clip and responded via tweet, "This is what happens when you’re so thirsty to down another black woman (by the request of the white man), that you didn’t bother to read all my tweets. ‘My God SISTER do better’ imagine getting ur dumb a-- on tv a min after a tweet to spread a false narrative about a black woman." Minaj went on to call Reid "a lying homophobic c--n" in another message.

Later on Wednesday, Minaj posted on her Instagram stories claiming that she was in "Twitter jail," alleging the platform "didn’t like" what she had been posting and appeared to put restrictions on her account.

Minaj’s unproven anecdote regarding her cousin’s friend is just one among an onslaught of COVID-19 misinformation that has flooded social media since the onset of the pandemic.

Federal health experts are sounding the alarm on social media platforms such as Facebook and Twitter where misinformation can spread quickly. In July, the U.S. surgeon general declared misinformation a public health threat.

"We need an all-of-society approach to fight misinformation. And that’s why this advisory that I issued today has recommendations for everyone," U.S. Surgeon General Vivek Murthy said during a news conference in July. 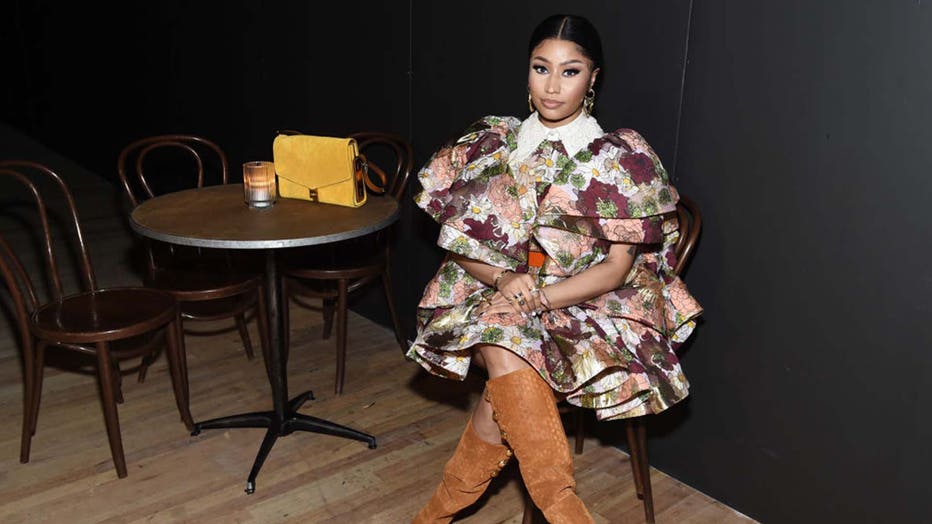 RELATED: Health experts call for 'immediate end' to use of parasite drug ivermectin for COVID-19

"We ask people to raise the bar for sharing health information by checking sources before they share, to ensure that information is backed by credible, scientific sources," Murthy added. "I think in a moment like this when we see misinformation literally costing us our loved ones, costing us lives, we can be more accountable and responsible for the information that we share," Murthy continued.

The Associated Press, FOX News and FOX Business contributed to this report.