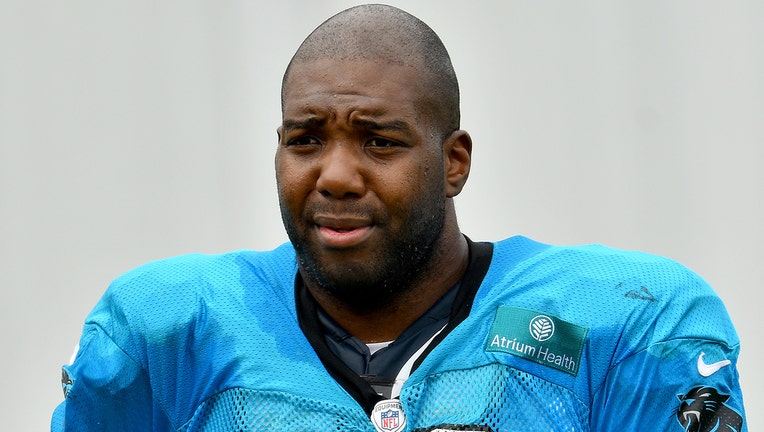 Russell Okung #76 of the Carolina Panthers waits between drills during a training camp session at Bank of America Stadium on August 24, 2020 in Charlotte, North Carolina. (Photo by Grant Halverson/Getty Images)

NEW YORK - In May 2019 NFL player Russell Okung tweeted "Pay me in Bitcoin" and now that appears to be happening.

The Carolina Pathers tackle will receive half of his $13 million salary in the cryptocurrency.

The arrangement comes by way of bitcoin startup Zap, according to industry site coindesk.

The company's Strike product will apparently receive a direct deposit from the Carolina Panthers and it will be converted to bitcoin.

Okung has been a long-time proponent of bitcoin and encourages other professional athletes to embrace it as a way to give them economic power.

Okung, 32, was the sixth overall pick in the 2010 NFL draft by the Seattle Seahawks and won a Super Bowl with the team in the 2013 season.  He has also played for the Los Angeles Chargers.

Even though Bitcoin has been making a lot of headlines recently, a lot of people still don't understand what it is.