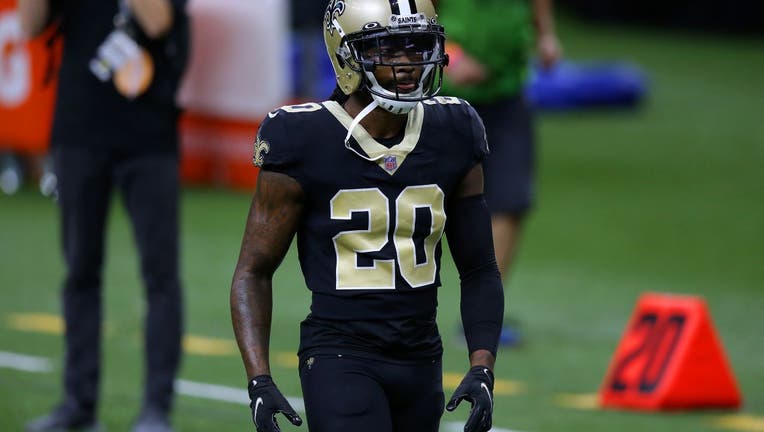 Janoris Jenkins #20 of the New Orleans Saints reacts against the Carolina Panthers during a game at the Mercedes-Benz Superdome on October 25, 2020 in New Orleans, Louisiana. (Photo by Jonathan Bachman/Getty Images)

A cornerback for the NFL's Tennessee Titans claims his Rolls-Royce was stolen from a parking lot at Hartsfield-Jackson International Airport in Atlanta, Georgia.

Janoris Jenkins posted on Twitter that he had parked his Rolls Royce Wraith at the airport while he caught a flight to West Palm Beach, but when he returned, the vehicle was gone.

"I immediately asked to speak with the manager or who was in charge," Jenkins tweeted. "…they gave me the complete runaround! I was told they have footage of my vehicle arriving, but no footage of it leaving."

According to ESPN, Jenkins had said that he had parked the $250,000 vehicle in the south economy lot at their airport on May 5 before catching a flight to Florida.

"The airport was in no way, shape of [sic] form empathetic, concerned or in shock that something like this could even happen," Jenkins continued. "I'm now short a quarter million dollars of an asset that I own with no help from this airport."

At the time of reporting, the airport had attempted to contact Jenkins about the theft via social media, saying it would elevate the matter to the appropriate personnel.