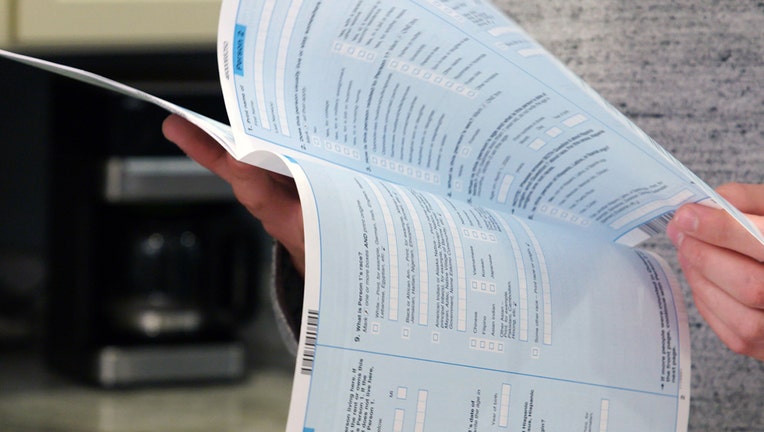 NEW YORK - The population of the United States has risen to 331,449,281, according to the Census Bureau. The 7.4% population increase is the second-slowest ever for the nation.

New York state will lose one seat in the U.S. House of Representatives as a result of the new census count. The delegation will drop to 26 from 27. The state lost two House seats after the 2010 census, and many local officials were concerned the same would happen this time around.

After this latest congressional apportionment takes effect for the 2022 elections, New York will have lost 17 seats in the House since the nation grew to 50 states in 1959.

When asked about the impending loss of a House seat, Mayor Bill de Blasio said he hoped it won't come from New York City's delegation.

"We really threw in the kitchen sink to have a strong census performance and to actually represent the truth of how many people are here," de Blasio said on Monday. "I really want to tip my cap to everyone involved in the census effort in the middle of a pandemic. They managed to reach the same response rate in 2020 that happened 10 years earlier in 2010 and that's really extraordinary."

New York state will lose one seat in the U.S. House due to the nation's census count. Mayor Bill de Blasio said he hopes that the eliminated district won't come from New York City.

In addition to New York, six other states — California, Illinois, Michigan, Ohio, Pennsylvania, and West Virginia — will each lose one member of Congress as a result of the 2020 census.

And reflecting that state's continued population growth, Texas will gain two seats in the House. The Lone Star State added nearly 4 million residents, the largest numerical gain in the Union.

Traditionally, state lawmakers and governors redraw voting districts for seats in the U.S. House and state legislatures. But New York and some other states have created either special commissions or passed other changes aimed at reducing the potential for partisan gerrymandering.

The U.S. Census Bureau announced the results of the count during a live video news conference on Monday.

This is a developing story. With The Associated Press.