Former Gov. Andrew Cuomo could be mulling a run for his old job.

ALBANY, N.Y. - A New York state trooper should have been disciplined for getting romantically involved with then-Gov. Andrew Cuomo’s adult daughter while serving on the Democrat’s security detail, the state inspector general said in a report.

The watchdog report released Friday comes two years after the relationship — and the trooper’s apparent banishment to a post near the Canadian border — became the subject of newspaper headlines.

There was public speculation at the time that Cuomo had personally ordered the trooper transferred to a post about 150 miles (240 kilometers) north of the governor’s mansion because he was upset about the relationship.

The report by Inspector General Lucy Lang does not address whether the governor requested the trooper’s transfer. Cuomo spokesman Rich Azzopardi said Friday that he had no role in it.

The report also does not say which of Cuomo’s three daughters was involved.

A top aide to Cuomo told the commander of the governor’s security detail about the relationship on May 22, 2020, the day after the governor found out from his daughter, according to the inspector general’s report.

Word of the relationship was then passed up to Kevin Bruen, who is now the superintendent of the state police but at the time was the first deputy. Bruen told a colleague at the time that the governor was "very upset."

The trooper who was involved with Cuomo’s daughter, Dane Pfeiffer, told state police that the relationship began about two months earlier and that he never physically interacted with her while on duty. He described his actions as "professional." But Bruen thought Pfeiffer was "compromised."

"You can’t be in this position and have that kind of a relationship with one of the protectees," Bruen told the inspector general’s investigators. "You might be ... at a particular assignment, and if there’s a fire in the house, you run to your beloved. Right. But that’s not your job."

Bruen declined to formally discipline Pfeiffer for a consensual relationship but wanted him removed from the protective services unit. Pfeiffer soon afterward requested a transfer to a troop in northernmost New York. Pfeiffer told inspector general investigators he didn’t actually want to go but was "voluntold" to change assignments.

"On paper I volunteered, but no, I don’t want to go up there, never want to go there again," Pfeiffer testified.

Pfeiffer was promoted to sergeant in November and had reportedly been posted to New York City. 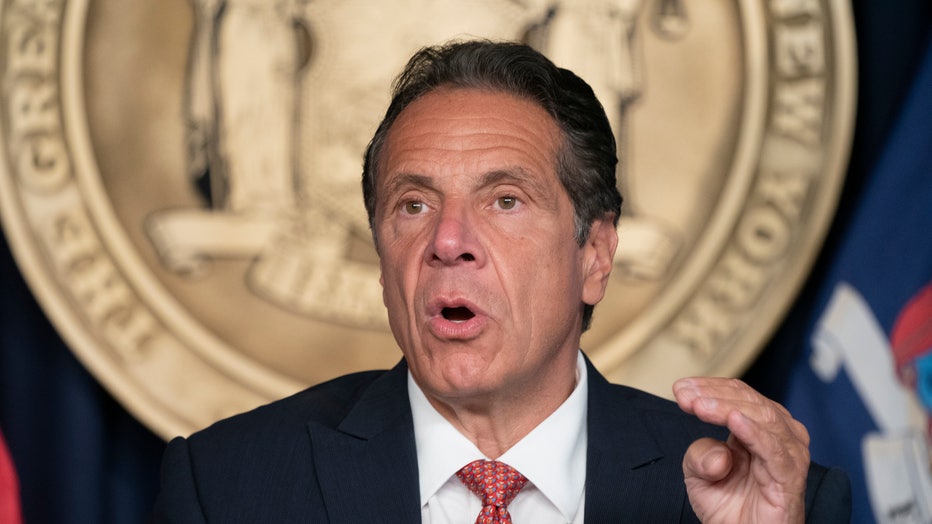 The inspector general’s report does not conclude Cuomo did anything wrong but faulted state police for not following their own procedures after finding out about the relationship.

The inspector general concluded that Pfeiffer should have been disciplined. The report notes that regulations require officers to refrain from activities that could "interfere with the proper, impartial, and effective performance of official duties."

In contrast, the report noted that Bruen decided to discipline Pfeiffer’s supervisor for failing to notify superiors upon learning about the relationship. The supervisor, a sergeant, chose to retire.

The troopers’ union, the New York State Troopers Police Benevolent Association, said it was "shocked and appalled" by the conclusion that the trooper should have been disciplined.

The union said he had engaged in "off-duty conduct that was personal in nature and had nothing to do with his duties or responsibilities."

State police said in an emailed statement the protective services unit was overhauled last year "and we are already working with the Inspector General to ensure the recommendations in the report are implemented."

Cuomo resigned a year ago in a sexual harassment scandal.