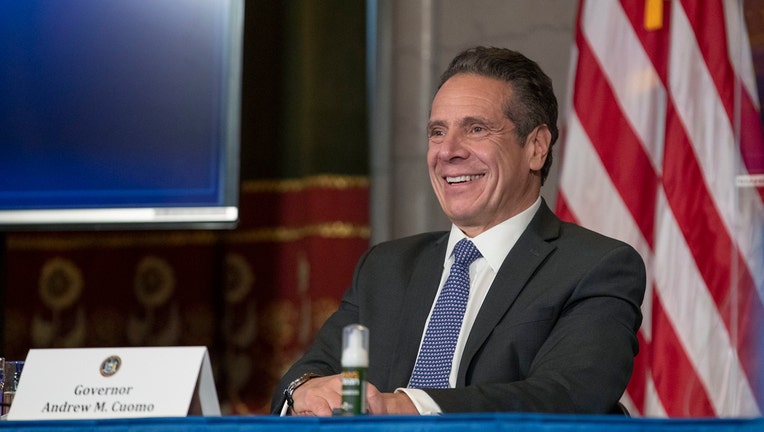 NEW YORK (AP) - Former New York Gov. Andrew Cuomo wants taxpayers to foot his legal bills as he defends himself against a workplace sexual harassment claim — and he's suing the state's attorney general over it.

Cuomo filed the suit against Attorney General Letitia James on Thursday. He's arguing that James violated state law by denying him public assistance for his defense.

In April — shortly after James held a news conference where she called Cuomo a "serial sexual harasser" and "sick pathetic man," the suit says — she denied the ex-governor's request for representation. James' position is in violation of laws providing protections for Cuomo when the allegations stem from a time when "he was acting within the scope of his employment or duties," the suit says.

The unnamed trooper filed the lawsuit  earlier this year asking a federal court to find that Cuomo and others violated her civil rights. The suit seeks damages for "severe mental anguish and emotional distress."

Cuomo, the once-powerful Democrat who earned accolades for his response to the COVID-19 outbreak, resigned last year after an investigation by James found he sexually harassed nearly a dozen women and that he and aides worked to retaliate against one of his accusers. Those accusers included the trooper on his security detail, who said he allegedly subjected her to sexual remarks and on occasion ran his hand or fingers across her stomach and her back.

James responded to Cuomo's claim that she's abusing her authority regarding his legal defense costs with a statement saying, "Sexually harassing young women who work for you is not part of anyone's job description."

She added: "Taxpayers should not have to pony up for legal bills that could reach millions of dollars so Mr. Cuomo's lawyer can attack survivors of his abuse."