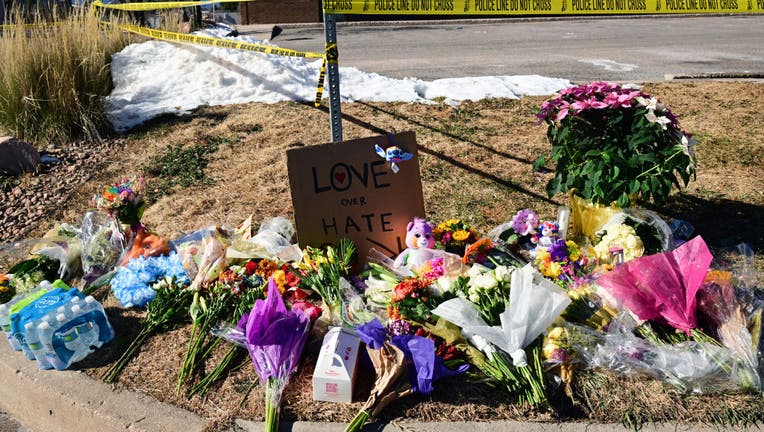 A makeshift memorial is set up near Club Q on November 20, 2022 in Colorado Springs, Colorado. (Photo by Helen H. Richardson/MediaNews Group/The Denver Post via Getty Images)

NEW YORK - The New York State Police force is stepping up surveillance and support for potential hate crime targets after 5 people died in a mass shooting at a gay bar in Colorado.

"Amid recent threats to Jewish & LGBTQ communities, I have directed @nyspolice to ramp u monitoring & increase support for communities that are potential targets of hate crime," Governor Kathy Hochul said in a tweet on Sunday.

The state police will be in contact with the NYPD and monitoring social media for hateful threats, and the state police's Counter Terrorism Intelligence Unit is conducting outreach to LGBTQ communities across New York as well as to synagogues and other Jewish community spaces in the state.

Saturday's shooting came just before the LGTBQ community observed Trans Day of Remembrance on Sunday, and just after a man was arrested in Penn Station for making terroristic threats on social media towards the New York City Jewish community