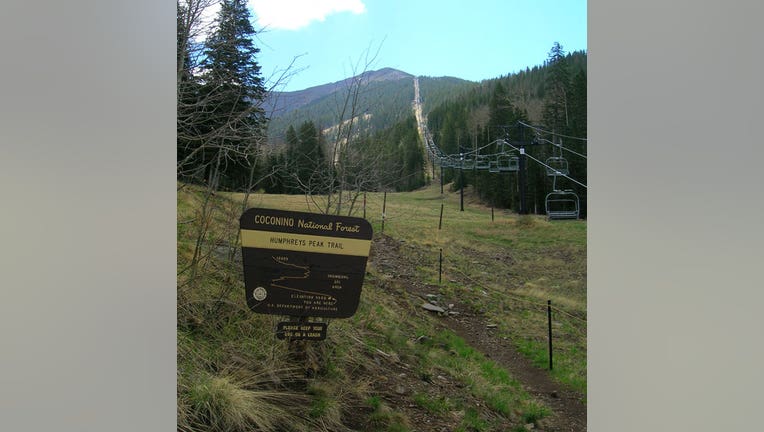 COCONINO COUNTY, Ariz. - A New York man was rescued twice in two days after first getting lost and then injured while hiking on a northern Arizona mountain range.

According to the Coconino County Sheriff's Office, the 28-year-old Brooklyn man called 911 just before 7 p.m. on March 2 saying that he was lost while hiking north of Flagstaff on Humphrey's Trail in the San Francisco Peaks.

As a search and rescue team was responding, the man reported that he found the trail and was hiking downhill.

"Search and rescue coordinated with Arizona Snowbowl snowcats that were working on Hart Prairie to locate and pick up the victim and deliver him to the Agassiz Lodge parking lot where search and rescue personnel met him to ensure he did not need any medical attention," the sheriff's office said.

The man told rescue crews that he started his hike at 2:30 p.m. that day "and encountered conditions that were more difficult than he expected." The man was concerned about being able to get back to the trailhead, so he called 911.

The next day, the same man called 911 at 5 p.m. near Humphrey's Saddle saying that he was off the trail and injured. Another hiker was able to provide aid while search and rescue crews responded.

Due to weather and the man's location, an Arizona Department of Public Safety helicopter was requested. The helicopter located the injured man and flew him to the parking lot near Humphrey's Trailhead.

The man refused further medical attention. He said he started his hike that day at 9:30 a.m. and made it above the saddle on his way to the summit before turning around due to high winds.

"On his descent he got off trail and fell causing an injury," the sheriff's office said.

The sheriff's office reminds hikers to research their plans, including the weather forecast and current trail conditions.

"The subject was provided with preventative search and rescue education about the conditions on the trail and the approaching winter storm and encouraged to not attempt the hike again," the sheriff's office said.

The man's name was not released.