A New York lawmaker has introduced a bill that would allow the state's Department of Health to require New Yorkers to get the coronavirus vaccine under certain circumstances.

NEW YORK - A New York lawmaker has proposed mandating vaccination against COVID-19 if not enough residents voluntarily get the shot once it is available.

Assemblymember Linda Rosenthal, who represents parts of Manhattan's West Side, earlier this month introduced a bill that would require the state to "safely and effectively" distribute an FDA-approved vaccine "in accordance with the department [of health]'s COVID-19 vaccination administration program," according to the language of the legislation.

"While steps have been taken to reduce the spread of COVID-19, epidemiologists and public health experts have concluded that a vaccine will be necessary to develop herd immunity and ultimately stop the spread of the disease," the bill's support memo states. "[T]he State must make efforts to promote vaccination and ensure that a high enough percentage of the population is vaccinated against COVID-19 to develop sufficient immunity."

Once the vaccination program has been rolled out for a while, the Department of Health would have the authority to "mandate vaccination" to anyone who can "safely receive the vaccine" if public health officials see that New Yorkers aren't developing "sufficient immunity from COVID-19."

The bill doesn't define "sufficient immunity," so presumably public health officials would have to set that benchmark.

Rosenthal told FOX 5 NY that if less than 70% of the population voluntarily gets vaccinated then the mandate should take effect.

At this time, experts don't know what percentage of the population would need to be vaccinated in order to achieve so-called herd immunity to COVID-19, according to the CDC.

"Herd immunity is a term used to describe when enough people have protection—either from previous infection or vaccination—that it is unlikely a virus or bacteria can spread and cause disease," CDC states. "As a result, everyone within the community is protected even if some people don’t have any protection themselves."

Rosenthal's bill would allow someone to be medically exempt from mandatory vaccination if they get a letter from a licensed medical professional.

Assembly Bill A11179, as its designated, is sitting in committee, according to the Assembly's bill tracker. 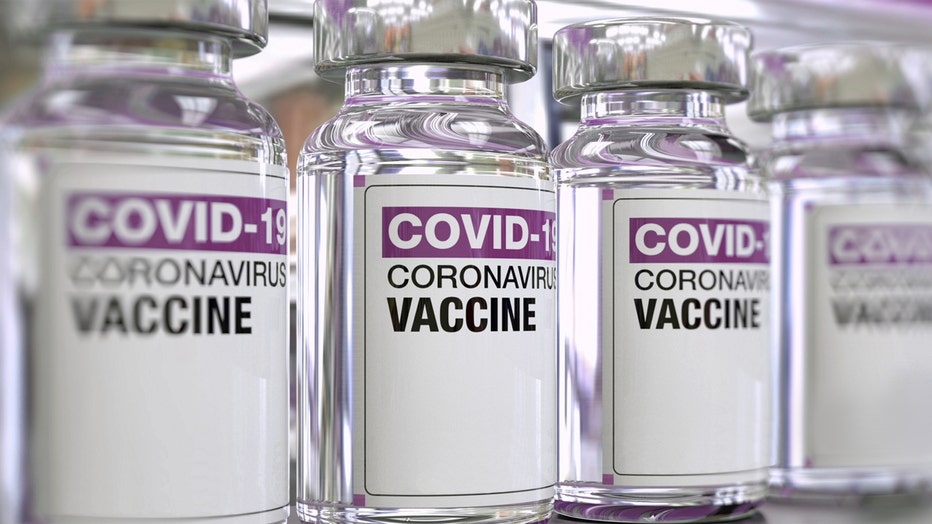 (Courtesy of AstraZeneca/University of Oxford)

Pharma companies AstraZeneca, Pfizer, and Moderna have developed vaccine candidates that performed very well in phase 3 clinical trials. AstraZeneca reported that its vaccine is safe and about 70% effective, according to studies. The United Kingdom has already approved Pfizer's vaccine for emergency use.

Gov. Andrew Cuomo has said the first batch of doses of Pfizer's vaccine will go to nursing homes for residents and staff next week. Then a batch of vaccine doses from Moderna will arrive soon after.