The members of the Electoral College cast their votes on Monday, formalizing the victory of Joe Biden and Kamala Harris.

The vote took place in the state Capitol in the state Assembly chamber. Electors included former President Bill Clinton and former U.S. Sen. Hillary Clinton, who were the first two to cast their votes.

The vote took about half an hour and finished without any surprises. Electors sat in separate rows behind invisible plastic dividers. All wore masks as they sat and cast their votes one by one. 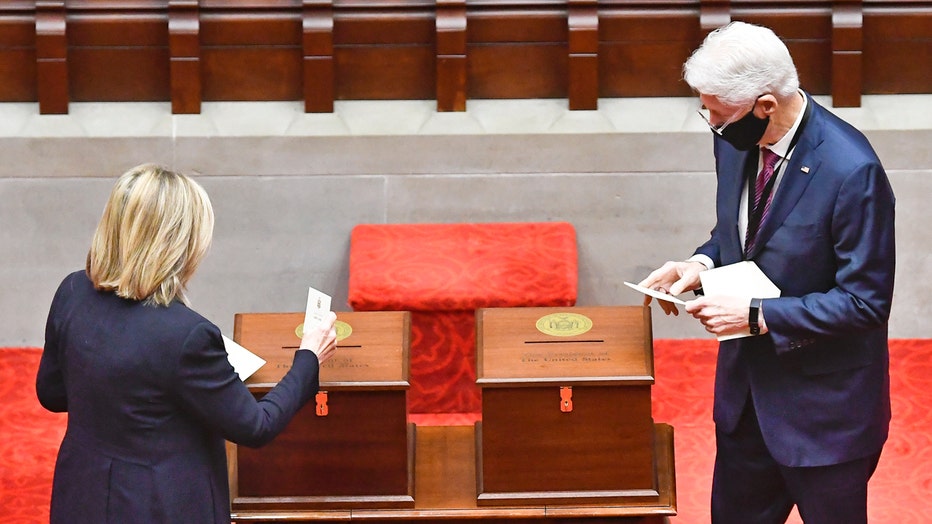 "But the brevity of the proceeding does not minimize the gravity of our actions," said Gov. Andrew Cuomo, who served as president of the state's electors. "In fact, it's quite the opposite. This pandemic, these masks, this physical configuration are a stark reminder to the nation that government matters and leadership matters and good government that not only improves people's lives but can literally save people's lives."

One man outside the Capitol held a sign that read: "You're fired," a reference to outgoing President Donald Trump.