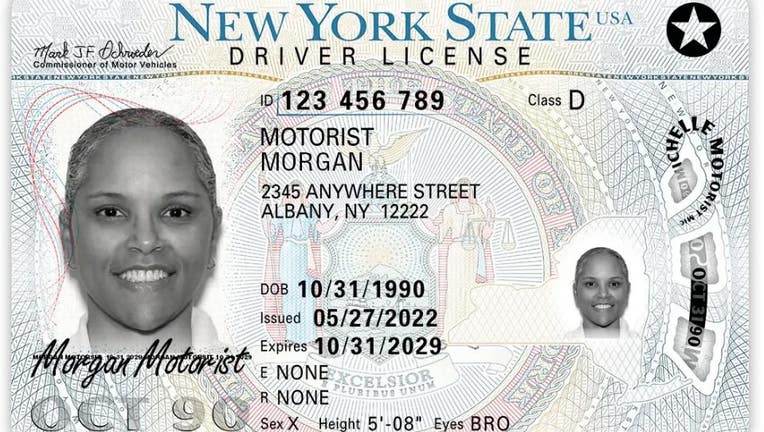 A example of the new drivers' licenses being offered by the NYPD with the "X" gender marker. (Credit: NYS DMV)

The "X" option for licenses, learner's permits and non-driver identification cards is being implemented in conjunction with a state law approved last June. Proponents of the change had argued that limiting gender identity on licenses to either male or female discriminated against nonbinary New Yorkers.

The option is open to new applicants as well as New Yorkers with existing licenses. They will have the option to change their gender marker from "M" or "F" to "X."

"Every person, regardless of their gender identity or expression, deserves to have an identity document that reflects who they are," Hochul said in a prepared statement.