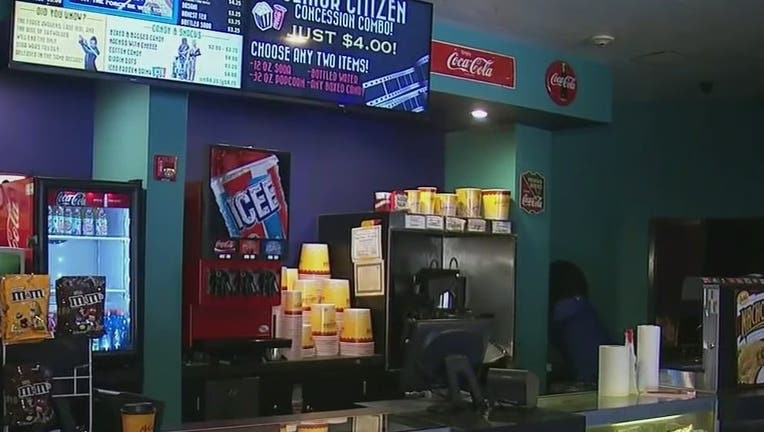 The inside of a movie theater. (FOX 5 NY File Photo)

NEW YORK - After nearly a year in the dark, movie theaters in New York City will be allowed to open their doors again at limited capacity starting on March 5, the governor announced.

Theaters will have to follow a list of pandemic protocols, including a 25% capacity with no more than 50 people per screening, Gov. Andrew Cuomo said.

In mid-March 2020, the governor ordered movie theaters, concert venues, and nightclubs to shut down to try to slow the spread of the coronavirus. Cuomo eased some restrictions in the fall, allowing movie theaters in most counties outside of New York City to reopen at a limited capacity.

"Thanks to the hard work and commitment of all New Yorkers, our infection rate is now the lowest we've seen in three months, and accordingly we will now be reopening various recreational activities across the state including billiard halls, weddings, and movie theaters in New York City," Cuomo said. "As our infection rate continues to fall, and the vaccination rate continues to climb, we will keep reopening different sectors of our state's economy and focus our efforts on building our state back better than it was before."

Two new mass-vaccination sites are set to open in New York City this week: One at Medgar Evers College in Brooklyn and another at York College in Queens.

A group that represents theater owners has been pushing the governor to allow venues to reopen. The group wants Cuomo to increase capacity to 50% as soon as possible.

"New York City is a major market for moviegoing in the U.S.," National Association of Theater Owners spokesperson Patrick Corcoran said. "Re-opening there gives confidence to film distributors in setting and holding their theatrical release dates, and is an important step in the recovery of the entire industry."

These are the pandemic parameters theaters will need to follow: