NEW YORK (FOX5NY.COM) - Already the world's biggest marathon by the number of participants, the TCS New York City Marathon just got bigger and set a new record with more than 52,000 runners crossing the finishing line in between Sheep Meadow and Tavern on the Green in Central Park on Sunday, Nov. 4.

With 52,812 unofficial finishers, the 2018 marathon surpassed the previous mark of 51,394 finishers set two years ago, according to New York Road Runners.

Of the 53,121 athletes who started the race on the Staten Island side of the Verrazzano–Narrows Bridge, 309 did not finish.

All 50 U.S. states, D.C., and Puerto Rico were represented in the field, according to information supplied by registrants.

Mary Keitany of Kenya (2:22:48) and Lelisa Desisa of Ethiopia (2:05:59) won the women's and men's open divisions, respectively. This was Keitany's fourth victory in New York.

Note: NYRR considers the numbers and times unofficial until it completes a review of race results and drug tests. 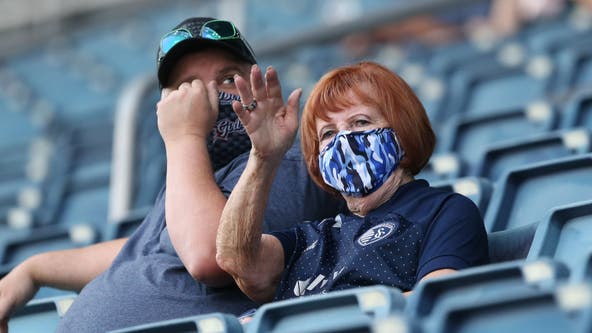