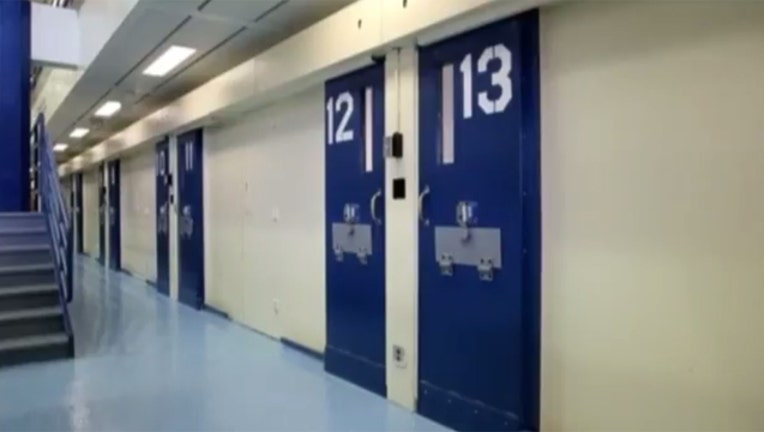 NEW YORK - With the continuing release of hundreds of prisoners due to the coronavirus, New York City's jail population is the lowest it has been since the 1940s.

The city's jail population has now dipped below 5,000.  Mayor Bill de Blasio starting ordering the release of prisoners that were determined to be at high-risk for COVID-19 related complications and low-risk of re-offending.

The number is expected to dip further as the state releases hundreds of inmates that are being held on technical violations or minor parole violations.

The Legal Aid Society already secured the release of 106 Rikers Island inmates who were being held on non-criminal technical parole violations after filing suit in New York State Supreme Court.

On Friday, Mayor Bill de Blasio said the jail population is down by about 860 since the start of the coronavirus crisis.  He attributes that to releases and a falling number of arrests.

There has been a steady decline in the city's jail population over the past few decades.  In 2018 there was an average of 8,397 people in city jails in 2018.  That was down from 21,674 in 1991.  But that downward trend is accelerating due to the coronavirus outbreak.

Correctional Health Services is now screening detainees before entering and leaving city jail facilities. Those who manifest symptoms while attempting to enter will be isolated from the general population. All staff will be screened before entering, as well. To ensure the Correctional Health Services is able to adequately house detainees with COVID-19, the Department of Correction will be utilizing its communicable disease unit and is opening additional housing units to expand spaces for isolation and increase social distancing.

At least 104 staff and 132 men in custody have tested positive at Rikers and city jails alone.