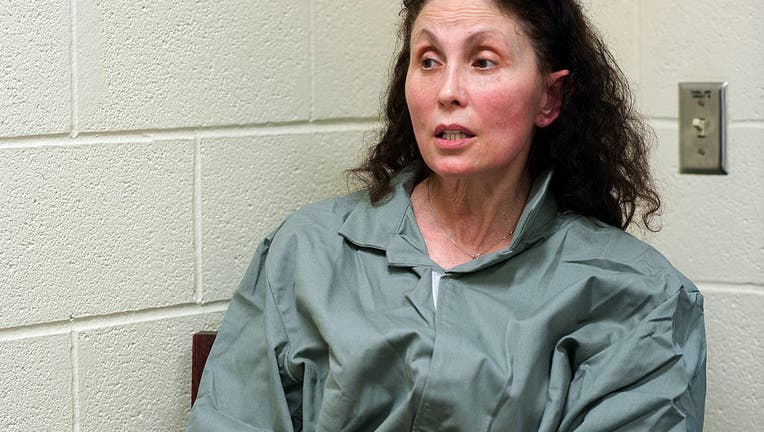 NEW YORK (AP) - A federal judge has ordered a new trial for a self-made health care millionaire who was convicted six years ago of fatally drugging her 8-year-old autistic son in a luxury New York City hotel room in 2010.

Friday's ruling by Manhattan Federal Magistrate Judge Sarah Cave stems from a 2014 closed courtroom discussion that was requested by the lead prosecutor in the case. Cave determined the off-the-record exchange regarding online material had violated Gigi Jordan's Sixth Amendment right to a public trial. At the time, one of Jordan's lawyers repeatedly objected to the private discussion.

“The trial court’s closure of the courtroom was deliberate, over the multiple, strenuous objections of Jordan’s counsel, and was a closure that the trial court in fact acknowledged after the fact may well have been erroneous,” Cave wrote, arguing that Jordan's right to a public trial applied to the proceeding.

A spokesperson for Manhattan District Attorney Cy Vance Jr. said in a written statement that the office “strenuously disagrees” with the ruling and intends to immediately appeal the decision to Manhattan federal appeals judges. If it becomes necessary, spokesperson Danny Frost said, the office will retry Jordan for killing her son, Jude Mirra.

Jordan was sentenced in 2015 to serve 18 years in prison after a jury found her guilty of first-degree manslaughter, instead of murder, deciding she was under “extreme emotional disturbance” when she administered her son a fatal dose of Ambien and Xanax. Lawyers for the nurse-turned-pharmaceutical entrepreneur, argued that Jordan acted out of fear that her life was in danger and that her son would be left susceptible to abuse.

Jordan testified at her trial that she also took pills to kill herself but the suicide attempt was unsuccessful.

“I didn’t see any way out of this situation,” she said during the trial. “I made a decision that I was going to end my life and Jude’s life.”