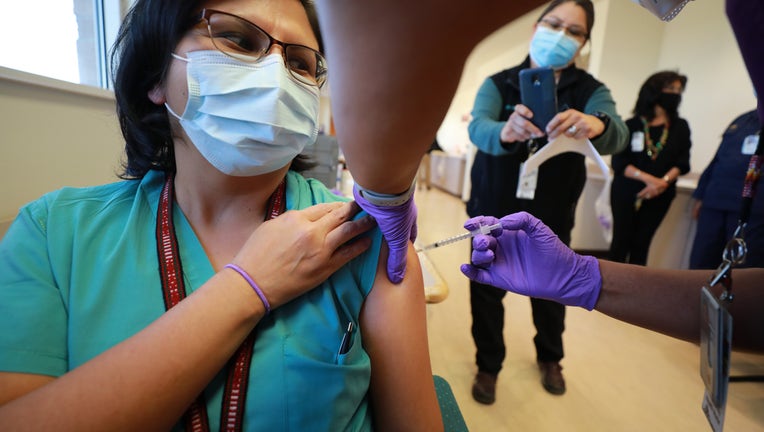 SANTA FE, N.M. - New Mexico bet big Tuesday that cash can persuade people to get vaccinated against the coronavirus, offering the largest single cash prize among the growing number of states staging lotteries to promote inoculations.

"Getting vaccinated is the right thing to do — for yourself, for your family and for your state," Lujan Grisham said. "I’m excited to add a little fun to our nation-leading vaccination push."

At least 55% of eligible residents in the state are fully vaccinated, but the Department of Health wants to reach 70% and close in on possible herd immunity.

The president released a questions-and-answers video on May 15 that showed experts answering common questions from ordinary Americans. (Source: White House via Storyful)

Ohio and California are also offering lotteries that have shown some success in boosting vaccination rates. California previously offered the largest single prize of $ 1.5 million from a total lottery pool of $116 million.

The prize money offered by New Mexico would go far in the state that’s one of the poorest in the country, ranking 48th in per capita income of around $45,800, according to the U.S. Department of Commerce’s Bureau of Economic Analysis.

Starting next week, New Mexico officials will draw prizes of $250,000 in each of four different regions of the state, as well as smaller prizes ranging from lottery "scratcher" tickets to in-state vacation packages and museum tickets. The $5 million prize drawing will be held in August.

To be registered for the drawings, residents must sign up online at vax2themaxnm.org, which is separate from the state’s vaccine scheduling site. Winners will have to produce their vaccination cards.

Attanasio is a corps member for the Associated Press/Report for America Statehouse News Initiative. Report for America is a nonprofit national service program that places journalists in local newsrooms to report on under-covered issues. Follow Attanasio on Twitter.