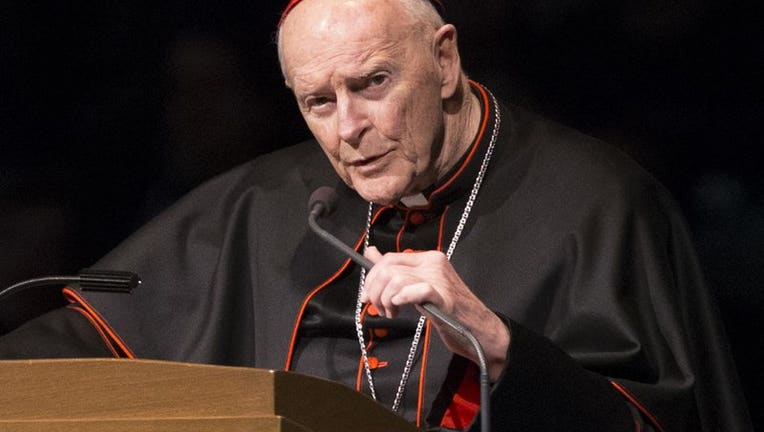 NEW JERSEY - A lawsuit alleges that former Roman Catholic Cardinal Theodore McCarrick abused a teenage boy in the 1990s when he was leader of the archdiocese of Newark, New Jersey.

The lawsuit was one of at least two announced Monday, the day after a New Jersey law went into effect giving victims more time to sue abusers.

The law allows child victims to sue until they turn 55, or within seven years of their first realization the abuse caused them harm. The previous limit was two years.

In addition to the McCarrick lawsuit, two sisters from Pennsylvania are suing clergy officials in Newark and Harrisburg, Pennsylvania.

They allege officials knew a priest had sexually abused children before he moved to Harrisburg and abused them and their sisters for years.

McCarrick resigned from the College of Cardinals in July following shocking allegations he sexually abused children and young seminarians for decades. McCarrick has denied these accusations and remains in seclusion.

Earlier this year, New Jersey's five Roman Catholic dioceses listed more than 180 priests who had been credibly accused of sexually abusing minors over a span of several decades, joining more than two dozen other states that have named suspected abusers in the wake of a landmark grand jury report in Pennsylvania last year.