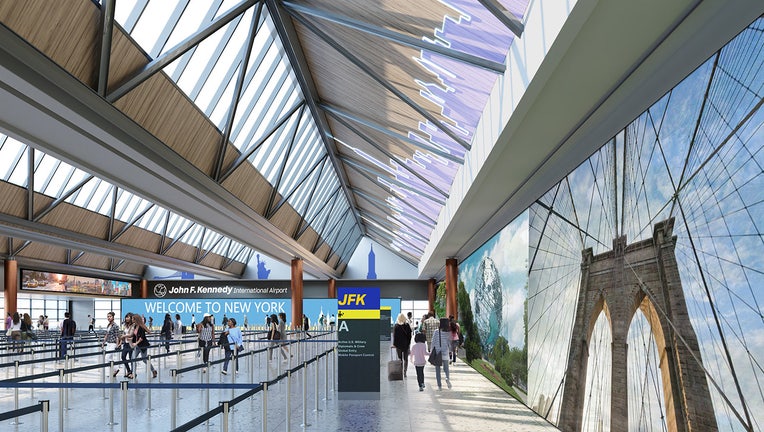 There has been a nearly two-year delay in the development of the terminal that has been blamed on the pandemic.

The 2.4 million-square-foot terminal will be on the south side of JFK and will be built in phases, according to New York Gov. Kathy Hochul.

The New Terminal One will be the largest international terminal at JFK with 23 gates.

"As we recover from this pandemic, I want to ensure that everyone traveling to New York has a welcoming and streamlined experience, and that New Yorkers have the modernized transportation hubs they deserve," Hochul said in a statement. "The time to get large infrastructure projects done is now, and I'm committed to getting JFK's brand new Terminal One underway and completed as soon as possible."

New York Gov. Kathy Hochul announced a plan to build a new 2.4-million-square-foot terminal on the south side of Kennedy Airport.

The Port Authority Board of Commissioners will vote on the proposed lease agreement at its meeting this Thursday. Hochul says the terminal will be privately financed but the Port Authority will undertake $2.9 billion in infrastructure upgrades including roads, parking, and utilities.

The New Terminal One will be built on the sites of the current Terminal 1, Terminal 2, and the site of the former Terminal 3, which was demolished in 2013.

Construction of the new terminal is scheduled to begin in mid-2022 and the first phase is expected to open in 2026.

The project was initially scheduled to break ground in 2020.  Due to the severe impact of the COVID-19 on air travel, the terms of the agreement needed to be restructured, according to the governor. 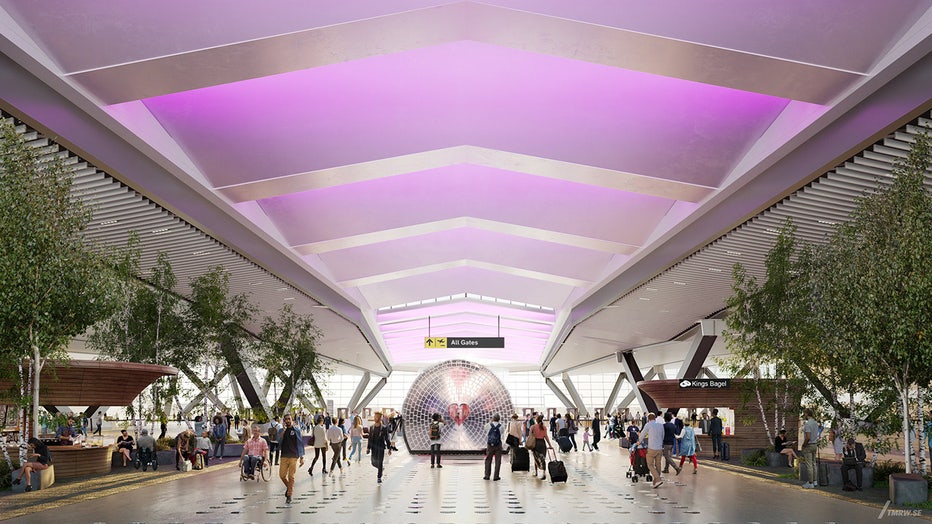