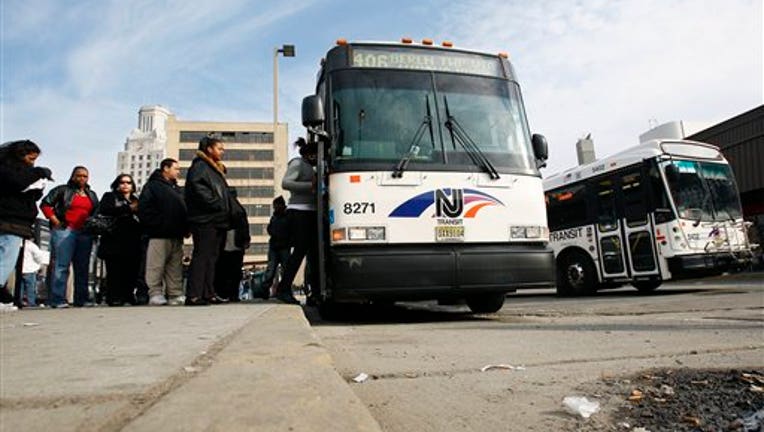 In this March 10, 2010 photo, passengers board an NJ Transit bus in Camden, N.J. Board members of NJ Transit, the nation's third-largest commuter mass-transit system, are due to vote on higher fares and service changes Wednesday, April 14, 2010. Rail

The agency on Tuesday in Edison unveiled three self-driving shuttles that it hopes to test as part of a pilot program funded by a $950,000 Federal Transit Administration grant.

The electric shuttles can ferry 15 passengers at speeds of up to 15 mph. They would first be tested on a closed section of Fort Monmouth before NJ Transit would seek permits to allow the vehicles to carry passengers on public roads within the fort's property.

The FTA is scheduled to announce grant recipients this winter.