NEWARK, N.J. (AP) - New Jersey Transit executives on Wednesday defended their decision to restrict service disruptions to one train line to accommodate Amtrak's major repair work at Penn Station this summer, as lawmakers said they would subpoena records to find out how the decision was reached.

Meanwhile, NJ Transit Executive Director Steve Santoro offered a measure of consolation to riders on the Morris & Essex line, which serves more than two dozen towns in the two counties: Leave early - very early - and you may not notice a thing.

The hearing by the Senate Legislative Oversight and Assembly Judiciary Committees featured representatives from the transit organizations that will handle what Democratic New York Gov. Andrew Cuomo described this month as the "summer of hell" for commuters.

Amtrak plans to shut down three tracks at a time in the 21-track station for roughly two months to repair and replace aging infrastructure, work that originally was to have been accomplished over two to three years.

The catalyst for the accelerated schedule was a series of significant delays, two caused by train derailments, in the last few months that affected train service up and down the corridor between Boston and Washington, D.C.

On Wednesday, the backbiting continued between Amtrak, which owns and operates Penn Station and most of the tracks along the corridor, and NJ Transit, its next-biggest tenant after the Long Island Rail Road. The LIRR hasn't released its final plans for schedule alterations.

Santoro accused Amtrak of not sharing information on "the level of degradation that exists right now at Penn Station," while Stephen Gardner, an Amtrak vice president, said NJ Transit's contribution to capital improvements on the corridor under a shared benefits agreement with Amtrak had dwindled from a high of about $45 million in the last decade down to nothing in recent years.

Last week's announcement by Republican New Jersey Gov. Chris Christie that the Morris & Essex trains, which carry about 23,000 passengers daily, would be diverted to Hoboken while the more heavily traveled Northeast Corridor service wouldn't be affected raised some eyebrows.

State Sen. Bob Gordon and Assemblyman John McKeon, both Democrats, grilled Santoro Wednesday on the rationale behind the decision, and why legislators in the affected areas weren't notified ahead of time.

Santoro said it was decided to divert the trains to Hoboken rather than divert Northeast Corridor and North Jersey Coast Line trains at Newark to avoid overcrowding at Newark, which also is the terminus for the Raritan Valley Line and for customers on the Port Authority Trans-Hudson line.

He said a decision needed to be made to give NJ Transit time to adjust its fares at ticket machines before July passes go on sale on June 19. Fares will be reduced by about half for riders on the Morris & Essex line.

"We had a decision in order to meet the timeline," Santoro said. "There was not time for hearings or public feedback."

"Customers are going to have a choice: they can get up earlier and get a one-seat ride into Manhattan," he said.

PATH, operated by the Port Authority of New York and New Jersey, expects to handle roughly 7,000 more passengers at Hoboken in both the morning and afternoon peak periods, and plans to add cars to its trains to accommodate. 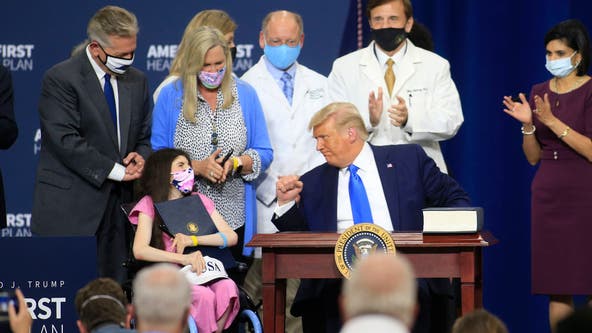