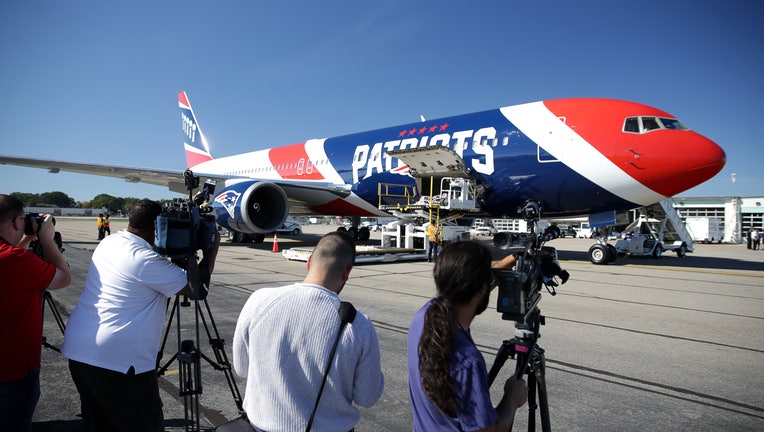 FOX News - The New England Patriots answered the calls for help as Massachusetts became the latest state to struggle with supply shortages amid the coronavirus pandemic.

Patriots team owner Robert Kraft sent the organization’s private plane to China to pick up much-needed protective equipment for medical workers in the state, according to multiple reports. The plane is set to land at Logan Airport on Thursday and be greeted by Gov. Charlie Baker.

Some 1.2 million N95 masks are onboard the aircraft, according to The Wall Street Journal.

The plane was allowed to be in China for three hours and the crew was told to stay in the plane while people on the ground loaded the jet with the cargo, the newspaper reported. The team reportedly had three minutes to spare before leaving China.

The Patriots and the state of Massachusetts had enormous hurdles to climb over just to get permission to land in China and get the potentially life-saving equipment, according to The Wall Street Journal. It reportedly took weeks to get Chinese officials’ approval to land the jet in the country to get the masks.

“I’ve never seen so much red tape in so many ways and obstacles that we had to overcome,” Kraft told the Journal. “In today’s world, those of us who are fortunate to make a difference have a significant responsibility to do so with all the assets we have available to us.”

The Kraft family reportedly paid $2 million for 1.7 million masks. However, about 500,000 masks were left behind because some cargo wasn’t allowed on parts of the plane. The remaining masks are reportedly going to be shipped separately.

The Patriots did not immediately respond to Fox News’ request for comment.

As of Wednesday night, Massachusetts was in the top five of the country with the most coronavirus cases. The state has reported at least 7,700 cases with 122 deaths.