There are new and concerning developments in the disappearance of a autistic 46-year-old woman on Long Island who walked out of a relative's home during last week's storm.

LONG ISLAND - A family on Long Island is continuing their search for 46-year-old Samantha Denise Primus, who left a house on Long Island during last week's storm and has not been seen since.

Denise is deaf, nonverbal, and on the autistic spectrum. She was caught on a Ring camera walking into the dark on the night of the storm.

Nassau County police put out an alert for a missing vulnerable adult, but since then, Denise's family has made what may be a startling discovery. 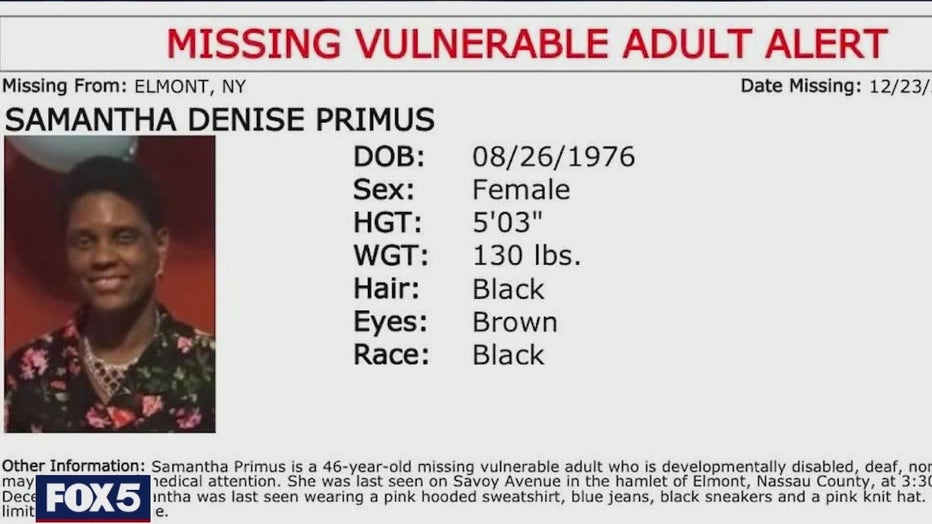 There are new and concerning developments in the disappearance of a autistic 46-year-old woman on Long Island who walked out of a relative's home during last week's storm.

Nassau police say an ambulance medic called them to say he thinks Denise was the woman he picked up on Hillside Avenue and 190th Street in Queens on the Friday before Christmas after getting a 9-1-1 call about a woman in need.

The medic told police he took her to Queens Hospital Center where the woman, who matches Denise's description, was evaluated before being discharged a few hours later on Christmas Eve at around 2 a.m.

Authorities have advised Denise's family to file another missing persons report, this time with the NYPD, which they did. 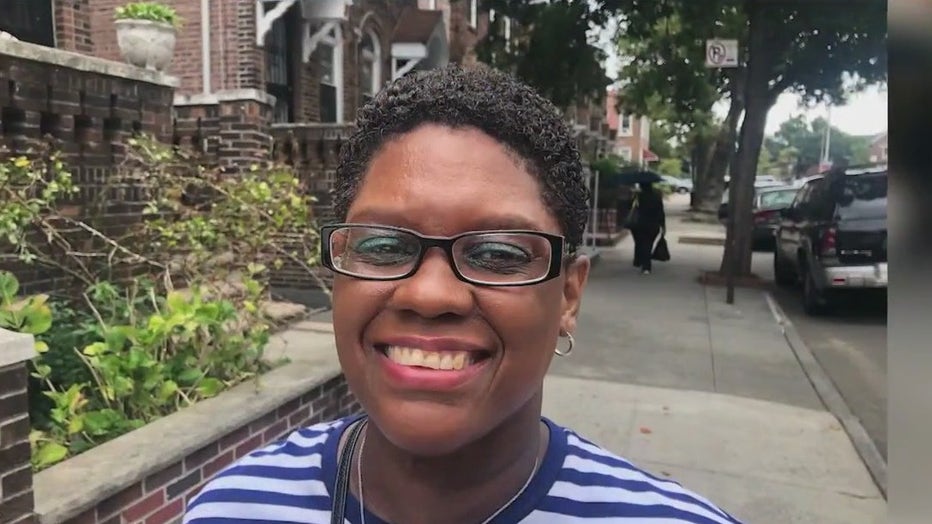 However, it the person seen and treated at the hospital was Denise, her family has many questions, including why no one notified the police.

"They thought she was homeless, so they gave her a list of shelters that she would go to," said Joanna Peck, Denise's sister. "And to our disbelief, she was let go by health care professionals that should have known better, to have called the authorities."