Women's rights attorney Gloria Allred speaks to LiveNOW after the U.S. Supreme Court voted to overturn Roe v. Wade, the 1973 decision that had provided a constitutional right to abortion.

Lawmakers have introduced a bill that would allow women to collect child support while pregnant, according to a July 13 news release.

Titled the Unborn Child Support Act, the bill would allow an expectant mother to even retroactively collect on child support up to the point of conception as long as it can be proven by a physician.

"I hope good legislation, like the Unborn Child Support Act, gets more support now that the Dobbs decision encourages us to look more seriously at supporting mothers and their unborn children," said Sen. Cindy Hyde-Smith, R-Miss. and cosponsor of the bill. "This legislation would help ensure women have opportunities to receive child support payments from the earlier days of their pregnancy."

The bill would only require a paternity test at the request of the mother as long as no harm comes to the unborn child and payment plans will be at the discretion of a judge and the mother. 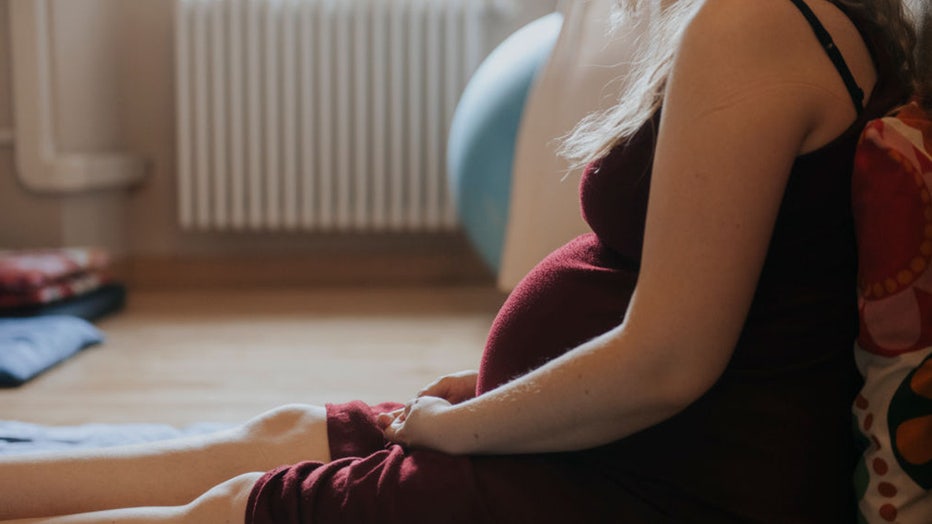 FILE - A pregnant woman during the last class of the pre-birth course. (Diana Bagnoli/Getty Images)

"Caring for the well-being of our children begins long before a baby is born. It begins at the first moment of life – conception – and fathers have obligations, financial and otherwise, during pregnancy. Mothers should be able to access child support payments as soon as she is supporting a child. Our bill makes this possible," said Sen. Kevin Cramer, R- N.D., also a cosponsor of the bill.

A law requiring biological fathers to pay half of a woman’s out-of-pocket pregnancy costs is already in effect in Utah.

And in a few states, including Wisconsin and New York, there are provisions that can result in fathers being financially responsible for pre-birth expenses.

The Unborn Child Support Act comes less than a month since the Supreme Court’s decision to overturn Roe v. Wade, which protected a woman’s Constitutional right to legal abortion.

The ruling was expected to lead to abortion bans in roughly half the U.S. states although the timing of those laws taking effect varies.

Some Republican-led states banned or severely limited abortion immediately, while other restrictions will take effect later.

At least one state, Texas, was waiting until after the Supreme Court issued its formal judgment in the case, which is separate from the opinion issued in June and could take about a month. Nevertheless, the Texas Supreme Court has ruled that a long-dormant 1925 abortion ban is now in effect.

In anticipation of the decision, several states led by Democrats took steps to protect abortion access. The decision also set up the potential for legal fights between the states over whether providers and those who help women obtain abortions can be sued or prosecuted.

Some progressive prosecutors around the U.S. have already declared that they won’t enforce some of the most restrictive, punitive anti-abortion laws. Police in Nashville, Tennessee, released a statement saying they "are not abortion police" a day after the city council passed a resolution calling on the department to make abortion investigations a low priority.