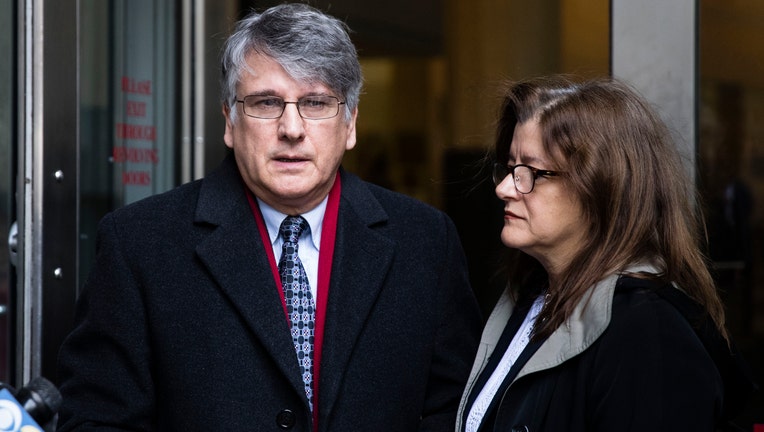 FILE — In this Nov. 21, 2017, file photo, Neurologist Dr. Ricardo Cruciani walks from the center for criminal justice, in Philadelphia, after pleading guilty to misdemeanor charges that he groped women at a clinic. A federal indictment unsealed Wedne

NEW YORK - A neurologist pleaded not guilty Thursday to federal charges alleging he was a serial sexual abuser of women who had gone to him for help with debilitating, chronic pain.

Dr. Ricardo Cruciani entered the plea in federal court in Manhattan, prosecutors said. He was expected to be released into home detention with electronic monitoring once he posts a $3 million bond secured by three properties and signed by three other people.

A lawyer for Cruciani didn’t immediately reply to a message seeking comment.

Cruciani, 63, who lives in Wynnewood, Pennsylvania, was arrested Wednesday morning in Pocono Pines, Pennsylvania, on charges he abused patients over 15 years at his offices in New York City, Philadelphia and Hopewell, New Jersey.

An indictment described the doctor, who specialized in rare pain syndromes, grooming patients who were dependent on him for care and prescriptions to addictive opioids, turning back rubs and hugs into gradually more invasive physical attacks and sexual demands.

If certain victims refused to engage in sex acts, he retaliated by referring them to another medical provider that would not prescribe the same combinations or quantities of narcotics, the indictment said.