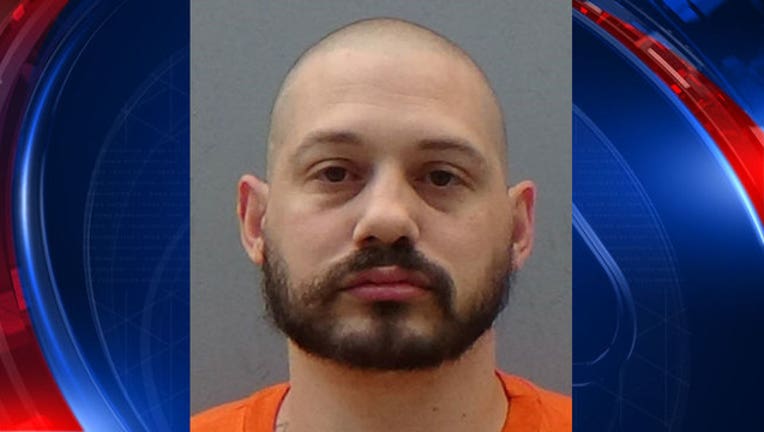 PHOENIX (AP) -- A neo-Nazi was convicted Wednesday of murder and other charges for trying to kill a black man and fatally shooting the man's white girlfriend after a 2009 dispute at a Phoenix park.

The guilty verdicts mean jurors will decide whether 37-year-old Travis Ricci should face life in prison or the death penalty in the killing of Kelly Ann Jaeger.

Investigators say Ricci yelled racial slurs at Jaeger's boyfriend, Jeffery Wellmaker, as the couple walked in a park and harassed him about dating a white woman.

They said Ricci left to get a shotgun and returned, firing from a car as the couple stood near a pay phone. Authorities say Ricci intended to shoot Wellmaker but instead struck Jaeger.

Ricci, whose Nazi and white-power tattoos were covered by a dress shirt, reacted to the verdict by momentarily closing his eyes and lowering his head.

In seeking the death penalty, prosecutors have said the killing was meant to further the interests of the Vinlanders Social Club, a neo-Nazi group with a reputation for violence. Lawyers for Ricci have said his client wasn't a member of the Vinlanders.

Before the penalty phase of the murder trial can begin, Ricci will be tried by the same jury on a charge of misconduct involving weapons.

The attack occurred after Ricci left a friend's home angry and drunk, making his way into the neighborhood where he eventually noticed Jaeger and Wellmaker, according to a police report.

Prosecutors say a shirtless Ricci directed a racial slur at Wellmaker and yelled, "'What are you doing with a white girl?'"

He also told Wellmaker he was going to get "'something for him,'" prosecutors have said.

They said Ricci left to get a shotgun from his home, falsely told people there that he saw a black man hitting a white woman and returned to the area in a sedan driven by an associate.

Jaeger and Wellmaker were near a pay phone when the sedan pulled up. Ricci fired two shells, hitting Jaeger in the stomach from about 10 feet (3 meters) away, prosecutors have said.

Ricci's attorneys have noted Wellmaker was unable to identify Ricci in a photo lineup after the shooting.

While working with a police artist after the shooting, Wellmaker described a unique tattoo across the attacker's stomach, a judge wrote earlier in the case. Ricci has a large tattoo across his belly.

Defense lawyers have noted that nearly two years after the attack, Wellmaker was jailed in an unrelated case and played chess with Ricci behind bars without recognizing him. Wellmaker has also acknowledged smoking marijuana earlier on the morning of the shooting.

In an unrelated crime months after Jaeger's shooting death, police say Ricci stabbed two men who tried to stop him from attacking his girlfriend. He is serving a 22-year sentence for assault and weapons misconduct convictions.

Aaron Levi Schmidt, who authorities say was driving the car used in the attack on Jaeger and Wellmaker, has pleaded guilty to murder in Jaeger's death.