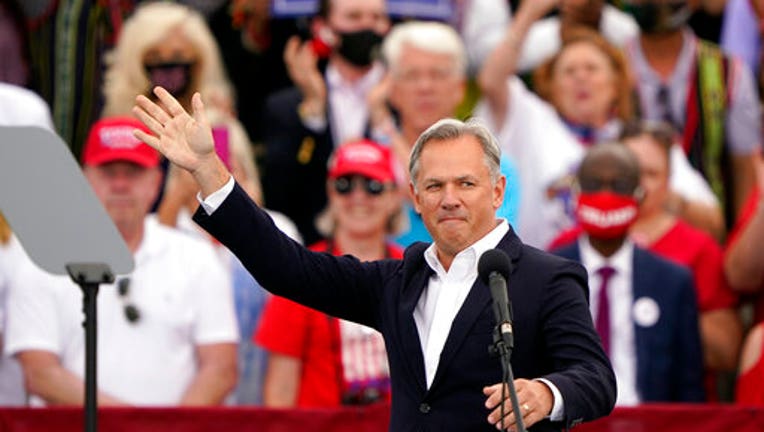 RALEIGH, N.C. (AP) - North Carolina Republican Lt. Gov. Dan Forest said on Wednesday that he would immediately reopen all K-12 public schools without requiring students or teachers to wear masks if he were governor.

The comment came during a Wednesday morning news conference in which the gubernatorial candidate and other top Republicans pushed for Democratic Gov. Roy Cooper to move to Plan A with fully in-person classes.

“I don’t think so," Forest said when asked whether he’d mandate masks in schools. "No. I don’t think there’s any science that backs that up. That’s my personal opinion.”

But Dr. Deborah Birx, coronavirus response coordinator for the White House coronavirus task force, has called for schools to reopen with clear safety guidelines in place that encourage mask-wearing and physical distancing.

Robert Redfield, director of the Centers for Disease Control and Prevention, told a committee of U.S. senators on Wednesday that a mask could be more effective than a vaccine in protecting people from the coronavirus.

Despite overwhelming evidence that mask-wearing reduces COVID-19 transmission, Forest said he'd undo the statewide mask mandate ordered by Cooper and would instead allow individual districts to dictate their own plans for keeping students safe.

“When I'm governor, I would lift the mask mandate for the state and allow individual freedom to decide whether they wear a mask," Forest said.

“Dan Forest is promising to put students, teachers and families in harm’s way immediately without any safety precautions because he cares more about politics than people,” said Liz Doherty, a spokeswoman for Cooper’s campaign. “His dangerous plans and spread of misinformation, especially his insistence that masks don’t work, would set us back in our fight against COVID.”

The lieutenant governor noted that several other states encourage mask wearing without mandating the use of face coverings.

“Science is not a one size fits all, either,” said Forest, who trails Cooper by 11 percentage points among registered voters in a Monmouth University poll. “You’d have no true science without skepticism. All science is based on skepticism, and you need to have skeptics for what's happened throughout this entire virus. If anybody's ever skeptical for anything that goes on that doesn't meet the narrative of the left right now, then they are shut down."

The margin of error among the 401 people contacted for the poll by cellphone and landline between Aug. 29 and Sept. 1 was 4.9 percentage points.

“There are doctors that called us by the hundreds that say they can't speak their voice right now," Forest said, without identifying any medical professionals by name. "They're not allowed to talk.”

The campaign did not immediately respond to a request for a list of names of medical professionals Forest said he's received complaints from.

Forest was joined at the news conference by Republican state Senate leader Phil Berger and several parents concerned about Cooper's reopening guidance, which presently lets districts operate under a Plan B model with a mix of in-person and online instruction if certain safety standards are met.

Most students in North Carolina, however, have begun the school year with the fully remote Plan C option. Forest, Berger and other top Republicans are banking on public pressure to prompt Cooper to transition the state to Plan A.

Berger said he didn't want to introduce a bill because past efforts to reopen bars and other businesses through legislation have proved unsuccessful. He hopes the GOP alternative to Cooper's plan will gain traction.

"The statewide plan would be that local systems would put the protocols in place that make sense for those local systems. ... It’s a mistake to think the answer is you have to have a statewide detailed plan,” Berger said.

The Republican state Senate leader said he feels comfortable wearing masks in many situations where he is out in public and noted that teachers and students would still be able to wear masks in classrooms if Forest were elected governor.