MINEOLA, N.Y. - The groundbreaking for UBS Arena in Elmont, Long Island, was supposed to be a joyous occasion. But the 2019 unveiling of what will become the future home of the New York Islanders has now been tainted.

"This was a great day for Nassau County, and to hear that one of these incidents happened on that day," Nassau County Executive Laura Curran said, "it casts a bit of a pall on it."

New York Attorney General Letitia James alleges that Gov. Andrew Cuomo sexually harassed a state trooper assigned to his security detail during that event. That trooper alleges that Cuomo ran his hand across her stomach that day, in addition to several other inappropriate acts in various locations, during her time working as his security.

Curran was a big part of that day on Long Island two years ago but doesn't remember witnessing any uncomfortable situations. Still, she is joining officials across the state and country in calling for Cuomo's resignation.

"I found his tone of self-pity and his own victimhood rather surprising and it was exactly the wrong note to take." 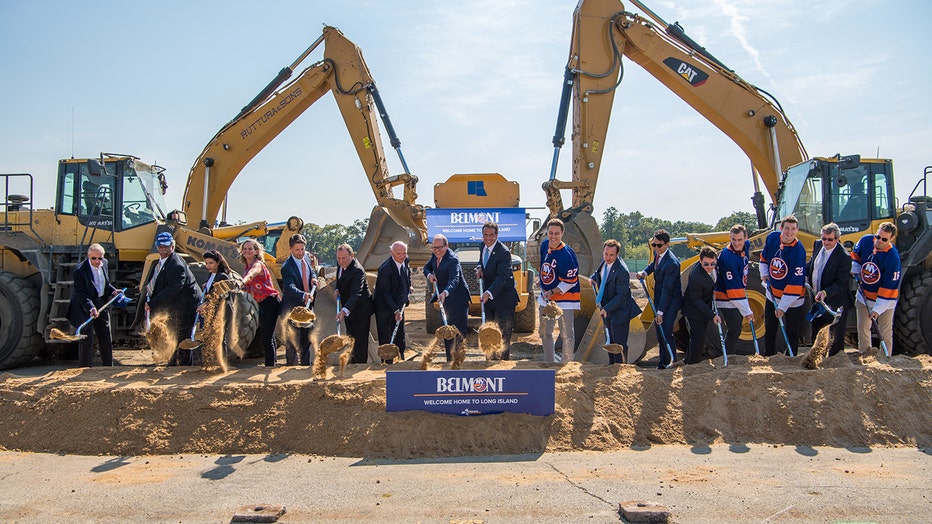 "I found his tone of self-pity and his own victimhood rather surprising and it was exactly the wrong note to take — I think he has to take responsibility," Curran said. "And at this point whatever his intention was, he is not in a position now where he can focus on leadership."

District attorneys from several counties are now seeking evidence in the probe.

"We have requested the Attorney General's records related to any incidents that occurred in Nassau County and will thoroughly and expeditiously investigate any potential crimes."