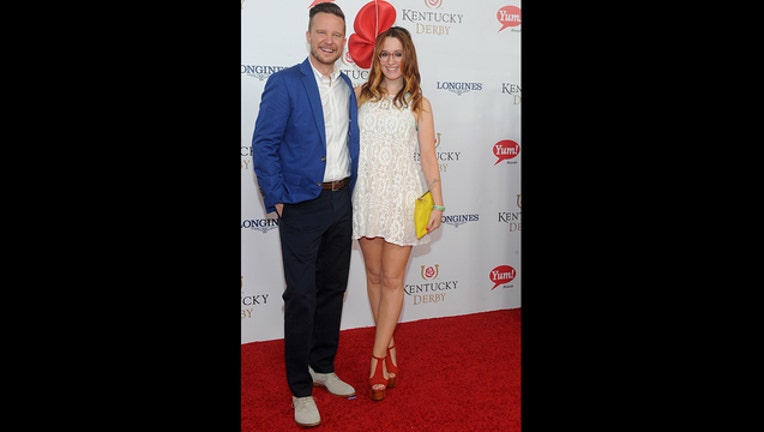 Will Chase and Ingrid Michaelson on the Kentucky Derby red carpet, May 7, 2016, in Louisville, Ky. (AP Images for Longines)

NEW YORK (AP) — Actor-singer Will Chase is moving from television's "Nashville" to Broadway. He's taking over the role of Shakespeare in "Something Rotten!"

Chase will replace Christian Borle in the musical. Borle, who won a Tony Award in the role, plays his last performance on July 16. Chase starts two days later.

Chase earned a Tony nomination for his featured role in "The Mystery of Edwin Drood," starred in "Nice Work if You Can Get It" and "High Fidelity" as well as "Rent," ''Miss Saigon" and "Aida." He has also starred in NBC's first season of "Smash."

He portrayed country superstar Luke Wheeler on "Nashville," which is getting a second life on the country-oriented CMT network after being canceled by ABC. There's been no word on how many of the show's regular cast members will return.