CAPE CANAVERAL, Fla. - NASA on Tuesday delayed putting astronauts back on the moon until 2025 at the earliest, missing the deadline set by the Trump administration.

The space agency had been aiming for 2024 for the first moon landing by astronauts in a half-century.

In announcing the delay, NASA Administrator Bill Nelson said Congress did not provide enough money to develop a landing system for its Artemis moon program and more money is needed for its Orion capsule. In addition, a legal challenge by Jeff Bezos’ rocket company, Blue Origin, stalled work for months on the Starship lunar landing system under development by Elon Musk's SpaceX.

Officials said technology for new spacesuits also needs to ramp up, before astronauts can return to the moon. 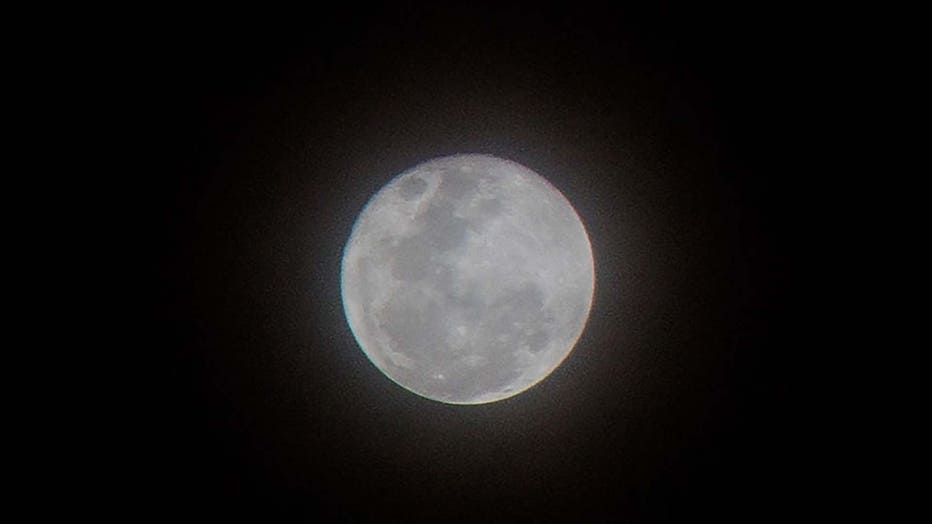 FILE - A view of a full moon is seen rising on Oct. 21, 2021 in Tanjungsari, Sumedang Regency, Indonesia.

NASA is still targeting next February for the first test flight of its moon rocket, the Space Launch System, or SLS, with an Orion capsule. No one will be on board. Instead, astronauts will strap in for the second Artemis flight, flying beyond the moon but not landing in 2024, a year later than planned. That would bump the moon landing to at least 2025, according to Nelson.

"The human landing system is a crucial part of our work to get the first woman and the first person of color to the lunar surface, and we are getting geared up to go," Nelson told reporters. "NASA is committed to help restore America’s standing in the world."

Nelson made note of China’s ambitious and aggressive space program, and warned it could overtake the U.S. in lunar exploration.

During a National Space Council meeting in 2019, Vice President Mike Pence called for landing astronauts on the moon within five years "by any means necessary." NASA had been shooting for a lunar landing in 2028, and pushing it up by four years was considered at the time exceedingly ambitious, if not improbable.

Congress will need to increase funding, beginning with the 2023 budget, in order for NASA to have private companies competing for the planned 10 or more moon landings by astronauts, Nelson said.

The space agency also is requesting a bigger budget for its Orion capsules, from $6.7 billion to $9.3 billion, citing delays during the coronavirus pandemic and storm damage to NASA’s Michoud Assembly Facility in New Orleans, the main manufacturing site for SLS and Orion. Development costs for the rocket through the first Artemis flight next year stand at $11 billion.

Vice President Kamala Harris will convene her first National Space Council meeting, as its chair, on Dec. 1. Nelson said he updated her on the latest schedule and costs during their visit to Maryland’s Goddard Space Flight Center on Friday.