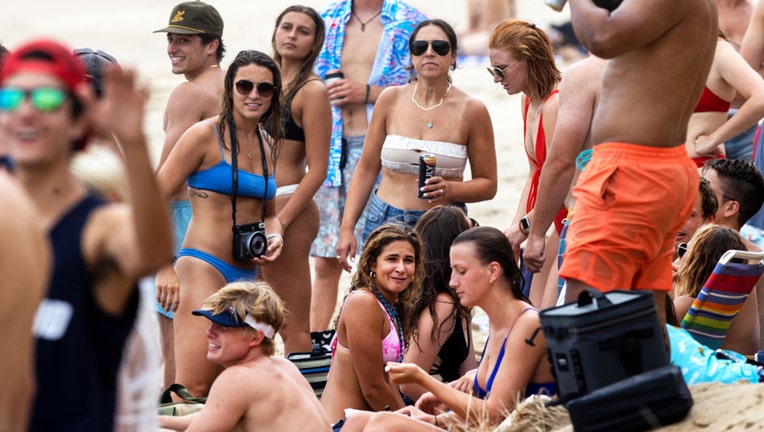 NEW YORK - The popular beach town of Nantucket is one step closer to allowing everyone to go topless on its beaches.

According to various published reports, residents at the annual two-day town meeting voted on Tuesday 347-242 in support of a bylaw amendment that allows topless sunbathing.

Current state law does not permit women to go topless on beaches.

The proposal-- Gender Equality on Beaches-- was the idea of resident and sex educator Dorothy Stover who celebrated the vote on Instagram.

"So, top freedom, passed on Nantucket. It's very surreal. Very exciting. I'm loving all the messages. I'm trying to get through them. I'm pretty tired," wrote Stover, the daughter of the late Town Clerk Catherine Flanagan Stover.

The amendment reads: "in order to promote equality for all persons, any person shall be allowed to be topless on any public or private beach within the Town of Nantucket."

In addressing the town hall, Stover reportedly pointed to the history of allowing men to be topless at the beach almost 90 years ago, the anatomy of human sexes and other cities and states that allow people to go topless on public beaches.

It will now be up to the state attorney general's office to approve the amendment before it can become law.

The bylaw would not allow for nude bathing. It would allow for tops to be optional.