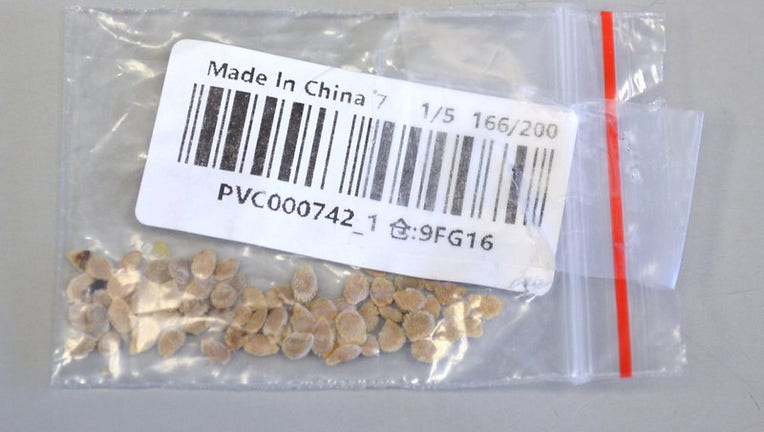 This package of seeds sent to a U.S. resident has been identified as Solanum lycopersicum—tomato seeds—by a U.S Department of Agriculture (USDA), Animal and Plant Health Inspection Service (APHIS) botanist in at the John F. Kennedy Plant Inspection S

NEW YORK - The mysterious seeds arriving in the mail to people in all 50 states are reportedly mainly plant and flower seeds.

"At this time, we don’t have any evidence indicating this is something other than a “brushing scam” where people receive unsolicited items from a seller who then posts false customer reviews to boost sales," according to the U.S. Department of Agriculture.

The agency has been investigating the content of the seeds and its source after people across the country reported receiving the seeds in white packages displaying Chinese lettering and the words “China Post.”

At least 14 of the plant species as of July 29 include mustard, cabbage, morning glory, and herbs like mint, sage, rosemary and lavender. Hibiscus and rose were also found, reported the NY Post.

MYSTERIOUS SEEDS BEING MAILED COULD BE FROM CHINA

"USDA is currently collecting seed packages from recipients and will test their contents and determine if they contain anything that could be of concern to U.S. agriculture or the environment."

Residents who receive unsolicited packages of seeds from China in the mail are advised to avoid opening them and contact local plant regulatory officials for testing.

Planting seeds from outside the country could displace or destroy native plants and insects. 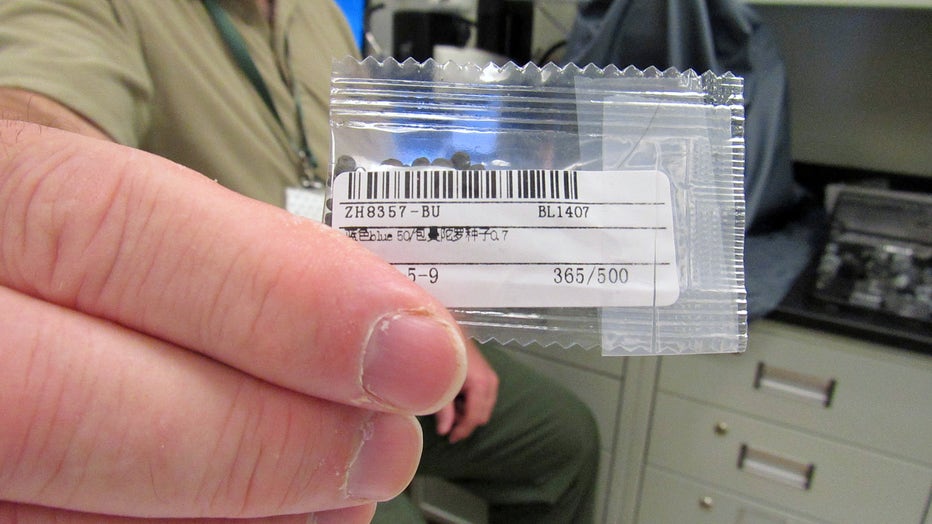 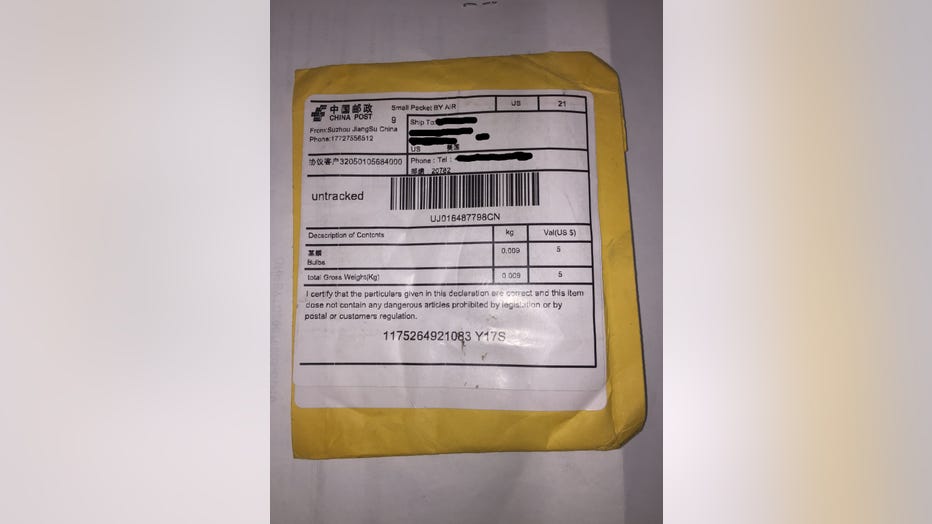 Unsolicited seeds, labeled as things like jewelry and beads, have arrived in mailboxes around the nation, prompting investigation by the U.S Department of Agriculture (USDA). The USDA Animal and Plant Health Inspection Service’s National Identificati