Billionaire Elon Musk, who just took over as the chief executive at Twitter after buying the company, said he does not want to be the CEO of any company.

Musk took the witness stand Wednesday in a Delaware court to defend himself in a shareholder lawsuit challenging a compensation package he was awarded by Tesla's board of directors that is potentially worth more than $55 billion.

While testifying, Musk said "I expect to reduce my time at Twitter and find somebody else to run Twitter over time," according to multiple media reports.

Overnight, Musk sent an email to the remaining staff at Twitter, saying that it is a software and servers company at its heart and he asked employees to decide by Thursday evening if they want to remain a part of the business.

Musk wrote that employees "will need to be extremely hardcore" to build "a breakthrough Twitter 2.0" and that long hours at high intensity will be needed for success.

Musk, who also heads Tesla and SpaceX, said Twitter will be much more engineering-driven, with employees who write "great code" comprising the majority of the team. 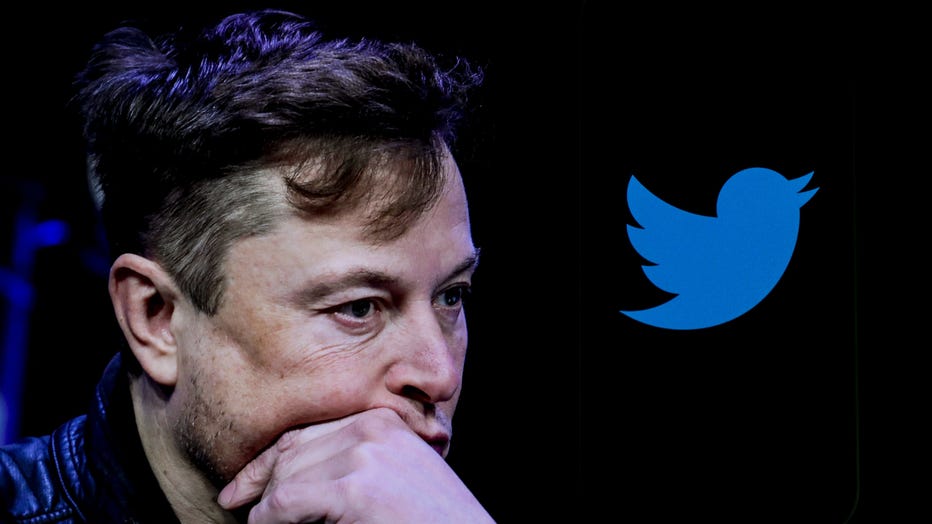 In this photo illustration, the image of Elon Musk is displayed on a computer screen and the logo of twitter on a mobile phone October 06, 2022. Muhammed Selim Korkutata / Anadolu Agency

The billionaire, who completed the $44 billion takeover of the San Francisco company in late October, fired much of its full-time workforce by email early this month and is expected to eliminate an untold number of contract jobs for those responsible for fighting misinformation and other harmful content. A number of engineers also said on Twitter they were fired this week after saying something critical of Musk, either publicly on Twitter or on an internal messaging board for Twitter employees.

Musk has vowed to ease restrictions on what users can say on the platform. While he has been criticized from almost all sides for potentially opening the gates at Twitter to hate and other harmful speech, he has tried to reassure advertisers, which drive most of the social platform's revenue, that any rule changes will not damage their brands by associating them with harmful content.

Musk has also indicated that he plans to resume Twitter's premium service — which grants blue-check "verification" labels to anyone willing to pay $8 a month - on November 29. The billionaire said in a tweet that the relaunch would take place later this month in an effort to make sure the service is "rock solid."

Musk asked workers to click yes on a link provided in the email if they want to be part of the "new Twitter." He said that employees had until 5 p.m. Eastern on Thursday to reply to the link. Employees who don't reply by that time will receive three months of severance, according to the email.

"Whatever decision you make, thank you for your efforts to make Twitter successful," Musk wrote.