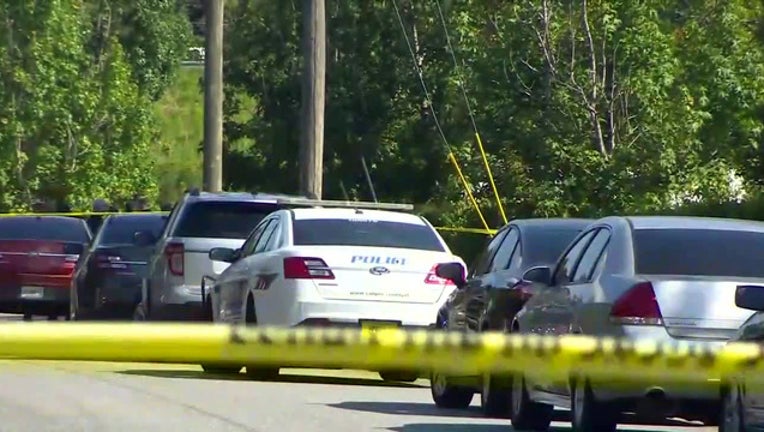 TALLAHASSEE, Fla. (AP) - A man who is suspected of stabbing five people at a construction supplies business in Florida's capital city on Wednesday was an employee who was asked to leave work shortly after he started his shift because of an incident with co-workers, authorities said.

Interim Tallahassee Police Chief Steven Outlaw identified the suspect at a news conference as 41-year-old Antwann Brown, an employee who had worked at Dyke Industries for a short time.

Using a pocketknife, Brown appeared to seek out certain colleagues at the facility in a Tallahassee industrial park.

Outlaw said Brown clocked in for a normal shift, but he was asked to clock out soon afterward because of an "incident" with co-workers. The chief wouldn't elaborate.

Other co-workers fended Brown off with sticks and whatever they could grab. They pinned him down, but he escaped. Officers arrested him outside the facility, the chief said.

One victim was in serious condition, two were in fair condition and another two were in good condition, said Tallahassee Memorial Healthcare spokeswoman Danielle Buchanan.

The stabbings took place at a business that distributes residential and commercial building supplies, such as doors and windows, according to the company's website.

A company representative didn't immediately return a request for comment.