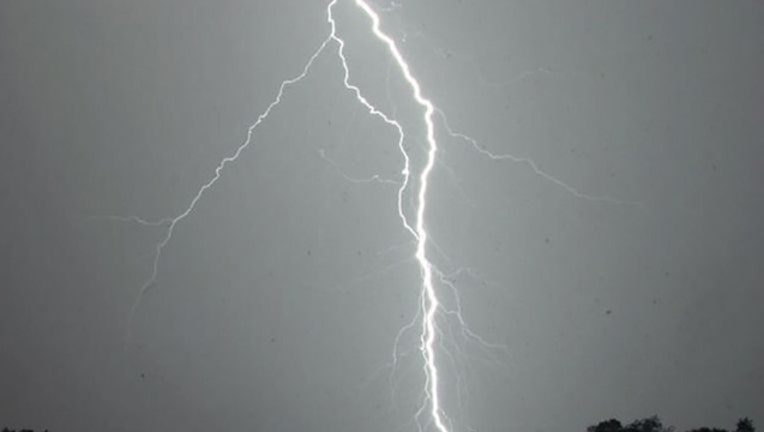 ATLANTA (AP) - Lightning struck a pine tree right after play at the Tour Championship was suspended, and ambulances took five people from the golf course.

The tree was located just off the 16th tee at East Lake. It struck the top and shattered bark all the way to the bottom on Saturday.

A tournament official says the five people who left in ambulances appeared alert. He did not know their conditions.

The five ambulances streamed into East Lake across the entrance of the driving range to the 16th hole.

The third round had been suspended for about 30 minutes at the time of the lightning strike. Fans had been asked to seek shelter.

Tournament play has been suspended for the rest of Saturday. Play will resume Sunday morning. In response to the incident, the PGA Tour released the following statement:

At 4:17 p.m., the third round of the TOUR Championship was suspended due to inclement weather in the area. At 4:45 p.m., there were two lightning strikes at East Lake Golf Club; a tree near the range/15 green/16 tee was hit, and debris from that strike injured four people. EMT tended to those fans and two others immediately and transported them from the property via ambulance for further medical attention. Our latest report is that their injuries do not appear to be life-threatening. Due to these circumstances, the third round has been suspended for the day and play will resume on Sunday at 8 a.m. ET. The safety of our fans, players and partners is of the utmost importance.  We will provide further updates as they become available.