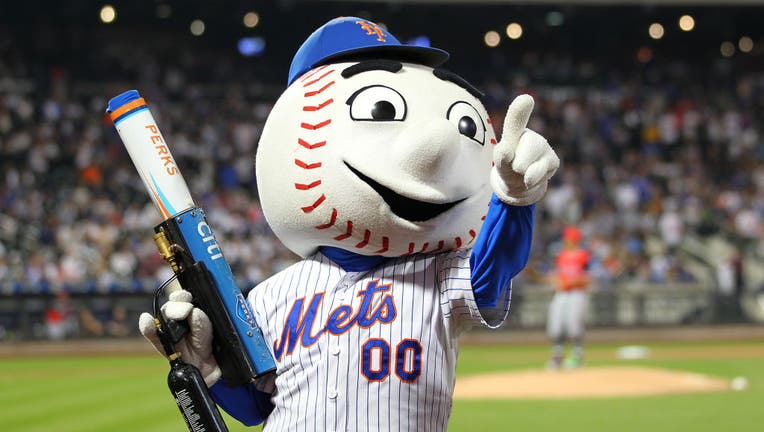 NEW YORK, NY - AUGUST 24: Mr. Met performs during a game against between the Washington Nationals and the New York Mets at Citi Field on August 24, 2018 in the Flushing neighborhood of the Queens borough of New York City. The Mets defeated the Nation

Mascots are getting a reprieve from Major League Baseball. A month after being tossed out of stadiums because of health concerns over the coronavirus outbreak, the fuzzy and funny creatures will return as inside-the-parkers.

“The fur is back on the field,” exclaimed Dave Raymond, the playful mischief maker who originally portrayed the Phanatic.

On May 16, in its 67-page draft of the operations manual sent to teams, MLB banned Bernie Brewer, the Pirate Parrot, Dinger, Fredbird and their ilk from the ballpark, trying to restrict access and limit contact exposure.

The final version of the manual this week reversed the policy. Mascots are in play, just not on the field.

We’ll see what that means for the Sausage Race in Milwaukee and the dashing Presidents in Washington. Maybe they can stay socially distant, sprinting through the upper decks. 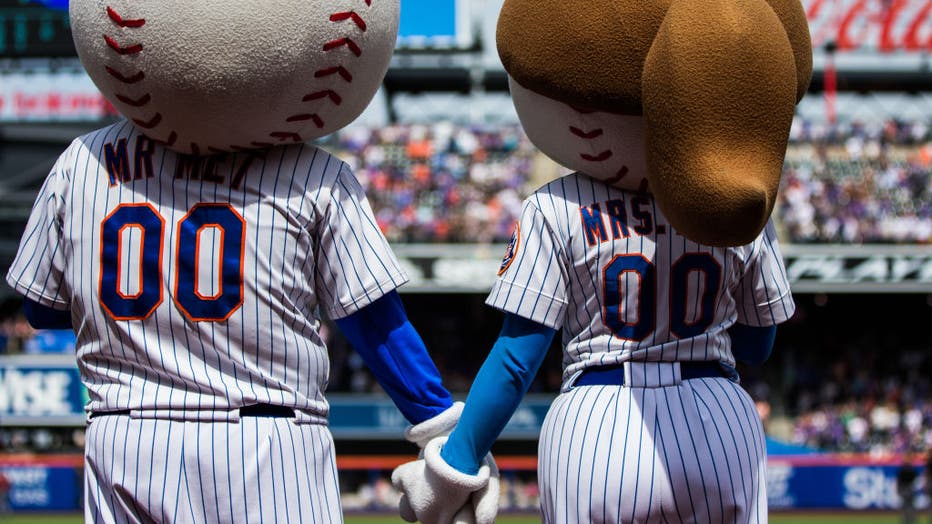 NEW YORK, NY - MAY 20: Mr and Mrs Met hold hands during the seventh inning stretch during the game between the New York Mets and the Arizona Diamondbacks at Citi Field on Sunday May 20, 2018 in the Queens borough of New York City. (Photo by Rob Tring

No telling yet whether Mr. Met and Mrs. Met need to keep their distance. Now unmuzzled, no doubt, we’ll see plenty of masked mascots across the majors.

On television, that is. When MLB starts the season next month, fans won't be allowed in the ballparks.

“I applaud MLB for this change,” Raymond said Tuesday. “They had said we were nonessential, but that’s not true.”

“We’ve become part of the fabric of the game, engaging and entertaining the fans,” he said.

A former punter at the University of Delaware, Raymond was working as an intern with the Phillies when he turned the oversized, green Phanatic into Philadelphia’s most popular figure.

Raymond delighted crowds with an array of antics, skits and mayhem from 1978-93, often zipping across the Veteran Stadium turf on his ATV. He’s certain mascots can easily succeed even inside empty stadiums.

“There are all kinds of little blurbs that can work,” he said. “And imagine this: During the seventh-inning stretch, what if you had a Zoom call with fans, where you put up 3,000 tiles of their pictures on the scoreboard and had them dance along?”

“I can think right now of about five routines that I'd do. There are lots of things mascots can try,” Raymond said. “You could even have a camera follow them around the park the whole game. It’d be fun for fans, seeing what they do.”

A nice diversion during these tough times.

“Most of us are going to the park to forget our problems or be entertained,” Raymond said. “That’s what we can do to help, even if there aren’t any fans inside.”