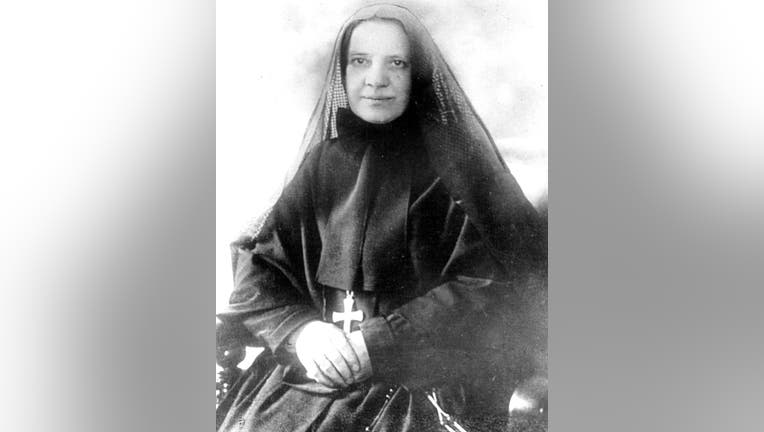 The unveiling of the statue on Monday comes a year after Cuomo announced that the state would commission a monument to the Roman Catholic nun who was canonized in 1946. That decision came after a commission led by New York City Mayor Bill de Blasio's wife, Chirlane McCray, omitted Mother Cabrini from a list of women who would be honored with statues, angering some Catholics.

“This year we unveil a magnificent monument to our Italian American legacy and that monument will stand for all time,” Cuomo told the Columbus Citizens Foundation in a video address Saturday.

In a conference call with reporters Sunday, Cuomo said he would attend the unveiling at a spot by the Hudson River with a view of Ellis Island and the Statue of Liberty.

St. Frances Xavier Cabrini was born in 1850 in what is now the Lombardy region of Italy. She immigrated to the United States in 1889 and went on to found schools, hospitals and orphanages. She died in 1917.

Cuomo has resisted calls to remove the statue of Columbus near Central Park over the explorer's treatment of Indigenous people. He said Saturday that Italian Americans will now have “two great statues in New York City — the Christopher Columbus statue and the Mother Cabrini statue.” Cuomo called Mother Cabrini “the personification of the Italian American legacy.”

Cuomo and de Blasio, both Democrats, would normally spend Columbus Day marching in the city's Columbus Day Parade, but this year's parade has been canceled because of the coronavirus pandemic.