ATLANTA - New data from the Centers for Disease Control and Prevention paints a bleak picture of America’s mental health amid the coronavirus pandemic, with one in four young adults saying they have considered suicide.

A survey taken between June 24-30 shows 25.5% of respondents aged 18-24 years had “seriously considered” suicide in the month before they were surveyed. 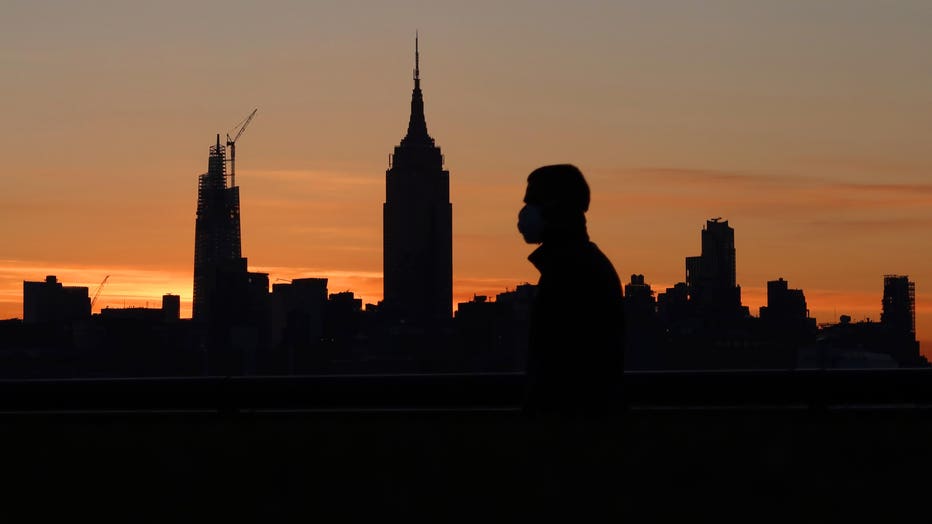 A person wearing a mask walks along the Hudson River as the sun rises behind the Empire State Building in New York City on May 14, 2020. (Photo by Gary Hershorn/Getty Images)

The CDC study, which involved more than 5,400 U.S. adults, also found an increase of anxiety and depression symptoms, as well as substance use.

Roughly 31% percent of respondents said they had symptoms of anxiety or depression. Specifically, the prevalence of anxiety disorder symptoms was three times higher than what was reported in 2019, and depressive disorder was approximately four times higher, the data revealed.

About 26% of respondents reported trauma and stress-related disorder because of the pandemic. Another 13% said they had started or increased substance use — including alcohol, prescription or illicit drugs — to cope with stress or emotions related to the COVID-19 outbreak.

Younger adults, minorities, essential workers and unpaid adult caregivers seem to have been disproportionately impacted, according to the study.

While 10.7% of respondents overall reported having seriously considered suicide in the previous 30 days, the response was significantly higher among those aged 18-24, as well as self-reported unpaid caregivers for adults (30.7%), essential workers (21.7%) and minority racial and ethnic groups, including Hispanic respondents (18.6%), Black respondents (15.1%).

Researchers in the study recommended community-level intervention and prevention efforts, including strengthening economic supports to reduce financial stress and addressing stress due to racial discrimination.

Data released in June from the U.S. Census Bureau on the social and economic impacts of the coronavirus pandemic found that recent demonstrations and debate over systemic racism has disproportionately impacted the mental health of Black Americans, compared to other races.

Data from a U.S. Census Bureau survey indicates a rise in anxiety and depression among black Americans following the death of George Floyd.

It found that anxiety and depression among Black Americans increased after the death of George Floyd, a Black man who was pinned to the pavement May 25 by a White Minneapolis police officer for several minutes.

Bystander video of his death was widely shared and sparked protests in every state across the U.S. and in cities around the world — calling for an end to police brutality.

A week after the video of Floyd’s death went viral, data from the Census Bureau’s survey showed that Black Americans who reported significant signs of anxiety or depression jumped from 36% to 41%.