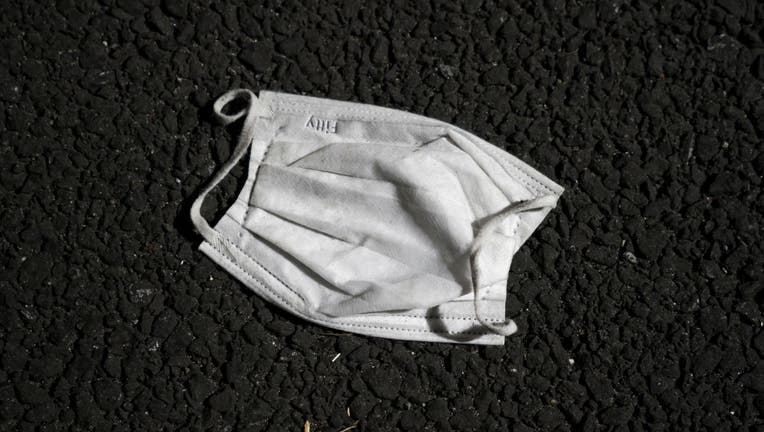 A face mask lies discarded on the ground near the cruise ship terminal where the quarantined Diamond Princess cruise ship was docked at the Daikoku Pier on Feb. 20, 2020 in Yokohama, Japan. (Photo by Tomohiro Ohsumi/Getty Images)

More than 10,000 people have died from the novel coronavirus, with men seemingly hit harder by the virus than women, according to early data.

A study out of China involving 99 cases found that two-thirds of the patients who required hospitalization were male, while data out of Italy suggests 70 percent of the country’s COVID-19 fatalities involve men.

As of Friday, Italy’s case count had surpassed 41,000, with over 3,400 fatalities. The country, which has the second oldest population in the world behind Japan, has reported that 87 percent of fatalities involve citizens over 70. And overall, more than 70 percent of COVID-19 deaths have involved males, according to Istituto Superiore di Sanita, the country’s health agency.

“The honest truth is that today we don’t know why COVID-19 is more severe for men than women or why the magnitude of the difference is greater in Italy than China,” Sabra Klein, professor at Johns Hopkins’ Bloomberg School of Public Health, told The Hour. “What we do know is that in addition to older age, being male is a risk factor for severe outcome and the public should be made aware.”

Italy’s findings match those of the medical study on the 99 patients in China published in The Lancet on Jan. 30.

“It is an eye-catching discrepancy,” Anjana Ahuja, a science writer, said at the time. “A picture is emerging of the 2019-nCoV as a novel pathogen that disproportionately affects older men, particularly those with existing illnesses such as heart disease and diabetes.”

Ahuja cited several factors, such as smoking or even hospital treatment, as a reason for the disparity but also said that hormonal differences may impact males’ immune system response to the virus, as did the researchers.

“The reduced susceptibility of females to viral infectious could be attributed to the protection from X chromosome and sex hormones, which play an important role in innate and adaptive immunity,” the researchers wrote in the Lancet. “Additionally, about half of patients infected by 2019-nCoV had chronic underlying diseases, mainly cardiovascular and cerebrovascular diseases and diabetes; this is similar to MERS-CoV. Our results suggest that 2019-nCoV is more likely to infect older adult males with chronic comorbidities as a result of the weaker immune functions of these patients.”