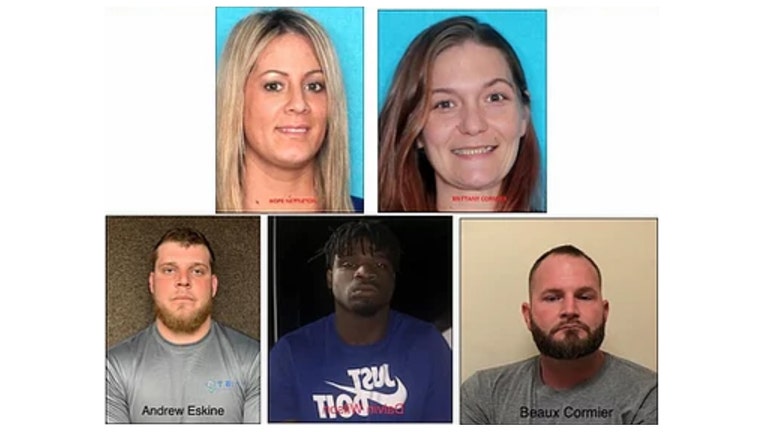 NEW YORK - A Louisiana woman was shot dead by hitmen hired to kill a rape victim — pretending to be the target to save the victim's life, officials said.

The woman's brother, facing rape charges, is the one who hired the hitman, according to police.

Neither Brittany Cormier, 34, nor her neighbor Hope Nettleton, 37, was the person that the hitmen had been hired to kill on Jan. 13, the Terrebonne Parish Sheriff’s Office said.

When the gunmen when to the door of the house, Brittany Cormier pretended to be the target and was shot.

Nettleton tried to fight off the men but was also shot to death, according to authorities.

Cormier's daughter and stepdaughter reportedly were hiding in a closet during the shooting.

"Brittany Cormier was murdered as a result of telling the shooter she was in fact the Rape victim, likely saving the life of the actual Rape victim," Sheriff Tim Soignet said in a release.

Cormier was previously arrested for third-degree rape and, according to the sheriff, hired Eskine and Wilson to kill his accuser so she could not testify against him.

District Attorney Joe Waitz Jr. said that a $2 million bond had been set for the suspects.  It was unclear if they had lawyers who could speak on their behalf.

"The death penalty is definitely on the table," Waitz said.