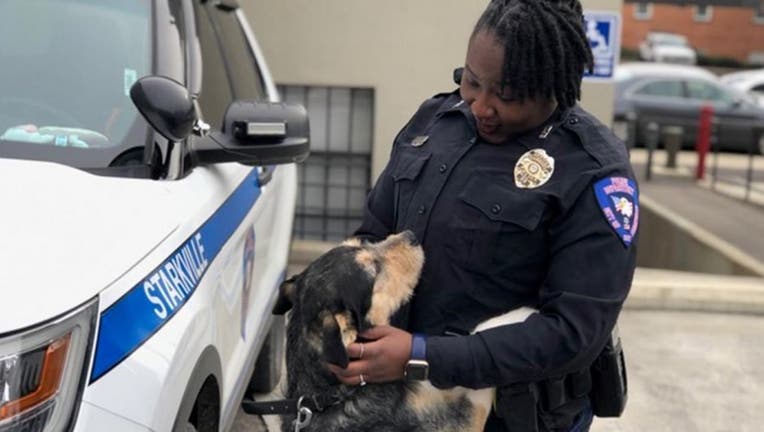 STARKVILLE, Miss. - (FOX NEWS) -- People couldn’t resist petting and flashing smiles at the dog strolling down Main Street with a Starkville police officer on a sunny but chilly January day.

People coming out of stores and having conversations on the street stopped in their tracks to pet Markey, a German shepherd mix. Whenever someone approached the dog, Community Relations Officer Angelica Colbert stopped to mention, “He’s up for adoption.”

Aside from tugging at people’s heartstrings, the pairing of Colbert and Markey served a purpose. The two were working to help each other. For Colbert, it was an opportunity to hit the streets and interact with people outside of arrests and enforcement that patrol officers are often tasked with. For officers within the Starkville Police Department’s Community Oriented Policing division, the objective is different.

As police officers across the country try to connect with communities angry over police shootings, the Starkville Police Department is trying a different strategy to help officers seem more approachable.

The officers are participating in the Oktibbeha County Humane Society’s “Dogs Day Out” program to cultivate community relationships.

“We’re more approachable with a dog,” Colbert said. “So, we’ll go out to neighborhoods and pretty much hang out and talk to people.” 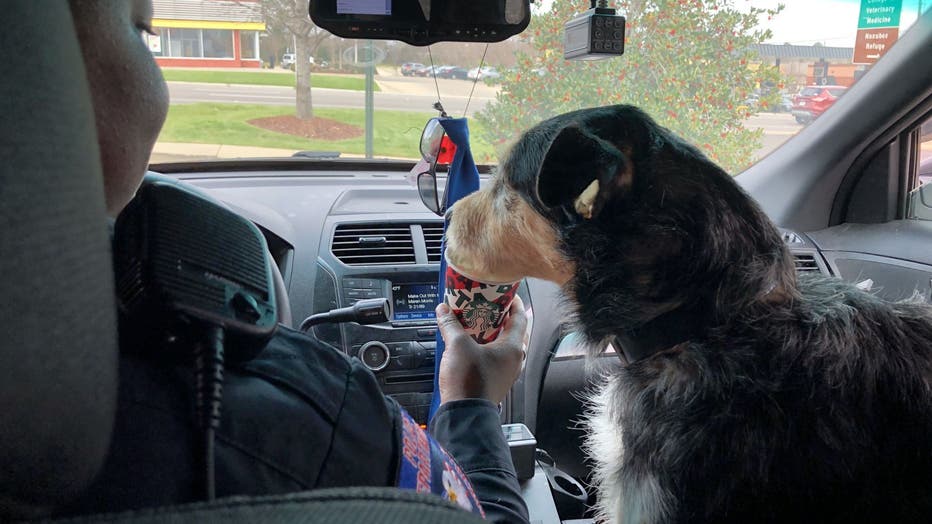 Colbert feeds her dog for the day a puppuchino. (Fox News/Charles Watson)

It’s also a chance for Markey and dozens of other shelter dogs from OCHS to build relationships of their own. The shelter began Dogs Day Out last November in hopes of bringing attention to the dozens of adult dogs that were often overlooked when people came in to adopt a pup.

“About every day we have dogs going out. Some days it’s up to almost five dogs a day,” said Erica Claycomb, Dogs Day Out coordinator at OCHS. “It actually started out with animal control, who come to our shelter on a daily basis. They heard about our new program and they wanted to be one of the first ones to participate. So, they took a dog out, and it spread through the community and the police department.”

Though Starkville police officers tend to be the main suitors, the program has not been limited to only police officers. The shelter has allowed anyone who’s willing to take one of its dogs out for the day free of charge, if they sign a waiver — food and treats included.

Animal shelters in nearly two dozen states have programs that are like OCHS’, according to Mutual Rescue. The search for adoptive families isn’t at an all-time high, but the need is there as 3.3 million dogs enter shelters every year. That’s down from 3.9 million in 2011, according to the American Society for the Prevention of Cruelty to Animals. However, only a handful of police, including departments in Greenville, N.C., and La Vista, Neb., appear to participate in programs like Dogs Day Out. 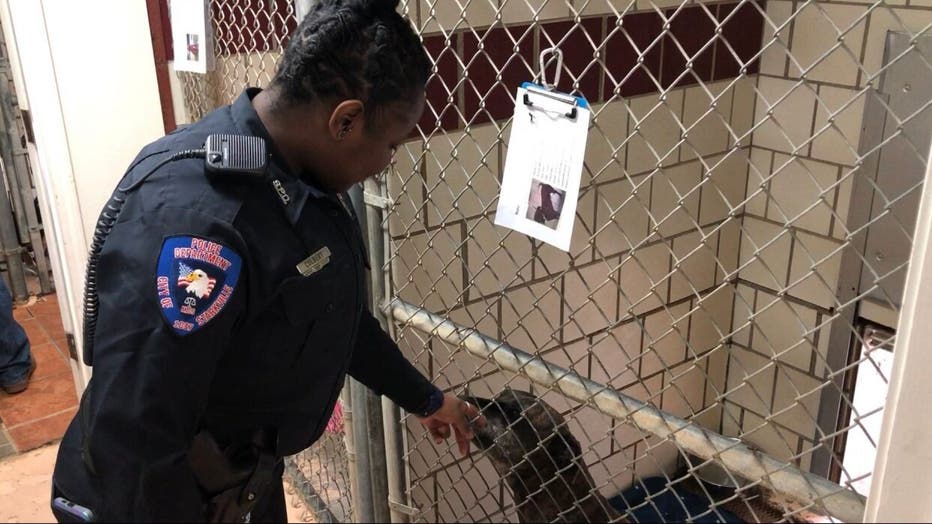 Colbert extends her hand to a dog at the Oktibbeha County Humane Society in Starkville, Miss. (Fox News/Charles Watson)

While Colbert grabbed everyone’s attention with Markey by her side, Rebecca Kraker, a local in town, said what Starkville community relations officers were doing with the Dogs Day Out program was a positive look for the entire police department.

“It makes it so much more personal, instead of it's just their job,” she said.

Others, like Chase Coleman, believed more needed to be done to change the community’s apprehension toward police officers.

“I think it has potential to see them in a better light,” Coleman said. “I think it takes time for anything in the community, but I think it's a good start doing this.”

In the meantime, OCHS is calling Dogs Day Out a success. The shelter said the program has led to 10 adoptions since November. That’s including the last two dogs who have gone out with Colbert.