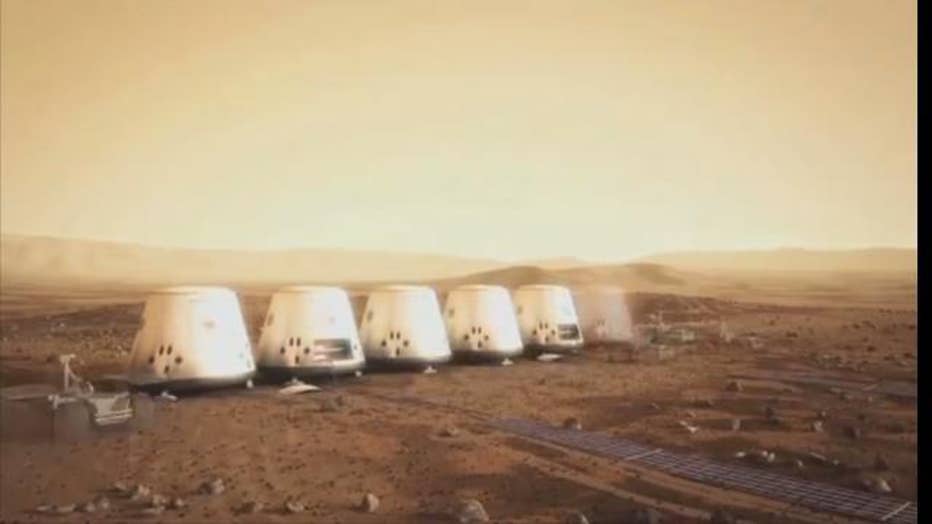 Charting a path from one world to another, NASA hopes its new Orion spacecraft will launch mankind to Mars in the next two decades. In a recent test flight, a craft built for humans went beyond the International Space Station's orbit -- the first time since 1972 that has happened.

Because NASA's deep space desires may ultimately be tied to government budget bureaucracy, the agency is leaning heavily on private companies to pick up the slack. And with privatization, also comes a bit of healthy competition.

Bas Landsdorp is the CEO of Dutch not-for-profit company Mars One. He has an ambitious plan to establish a colony on Mars by 2025. But unlike any NASA mission, Mars One is a one-way trip: whoever joins this journey to the foreign world is never, ever coming back to Earth.

Landsdorp said the biggest challenge is not technology or finances: it is finding the people to take the trip. Landsdorp estimated that the project, which has drawn interest from private aerospace titans like Lockheed-Martin will cost about $7 billion.

He plans to pay for it in part by turning the mission into a reality show. Thousands of people applied. New Yorker Sybelle Silver Phoenix is now one of about 700 finalists. An actress by trade, the former Space Camp geek said she is ready to venture into the unknown, spending the next eight years training to become one of the four chosen for the first mission.

Manhattan resident and software engineer Mason Staugler is also competing for the final cut. He said he would miss many things about Earth but going to bed on another planet trumps everything.

At its closest, Mars is about 35 million miles from Earth. So it would take about seven to nine months just to get there. But that is the easy part. If Mars One is successful in landing a craft on the Red Planet, it would then be incredibly challenging for human beings to survive here.

Dr. Michael Shara of the Department of Astrophysics at the American Museum of Natural History said from intense radiation to bitter cold temperatures, even the most basic things like food, water, and energy are extremely difficult to recreate on Mars.

An MIT study of Mars One's plans found astronauts would begin dying within 68 days of landing because of issues with growing crops. Critics also say the project is drastically underestimating costs.

DeGrasse Tyson said he is skeptical because he is not convinced that the technology is ready and available to do it cheaply enough in Mars One's time frame.

But Landsdorp is used to defending his vision. He said humanity is about pushing boundaries, and this is the next one to push.