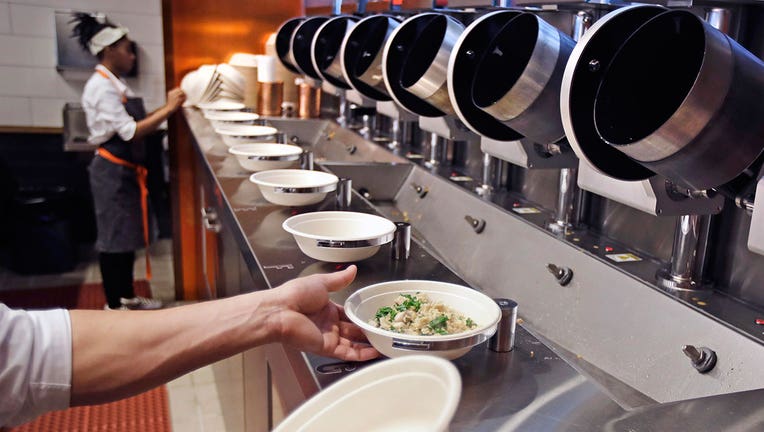 NEW YORK - Up to 24.6 million people in the South alone could be unemployable if state and business leaders do not act quickly to prepare them for a workforce transformed by automation, a new report claims.

The Southern Regional Education Board report predicts a gloomy outlook for millions of low-skilled workers in the 16-state region.

The report says that COVID-19 and accelerated automation post a dual threat.

The group says that the pandemic has accelerated automation by 5 years and expects that 30% of all work could be automated by 2025.

Nearly two-thirds of the region's workers have a high school diploma or less and are more vulnerable to losing their jobs to automation.

The board cites restaurant industry workers as among the most vulnerable.

It says food preparation has one of the highest automation potentials at 69% and employs 10% of the region’s workers.

Students on Long Island are learning how robots could help in urban farming.

The report says there is an urgent need to prepare today's workforce for a changed future.

The board estimates that 42% or more of work activities in food, transportation, education, and office and administrative occupations across the region could be automated by 2025. 58% of production activities could also be automated in the same period

The board says states will need to work vigorously to address the challenges facing their residents but noted that while businesses often maneuver quickly, the education system historically has not done the same.

A human-like robot can hang drywall.