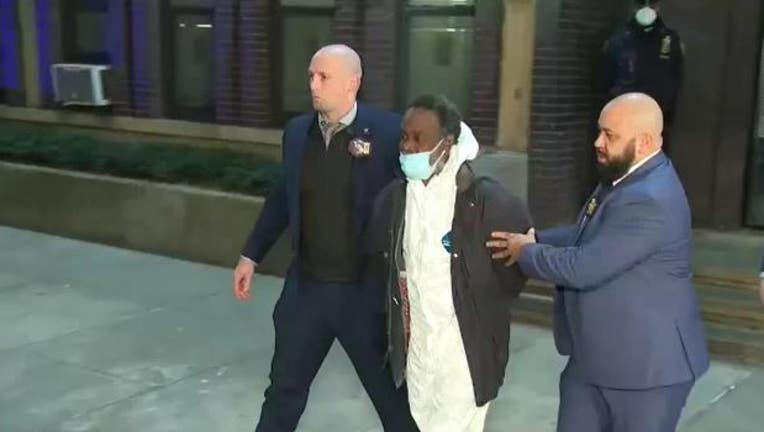 Martial Simon, 61, was charged in the killing of Michelle Go, who was pushed to her death at a New York City subway station on Jan. 15, 2022. Psychiatrists at Bellevue Hospital deemed him unfit for trial.

NEW YORK - The man charged with pushing Michelle Go to her death in front of a subway train in January has been sent to a psychiatric facility indefinitely after being found mentally unfit to stand trial.

Martial Simon, 61, underwent a psychiatric evaluation last month at Bellevue Medical Center, where psychiatrists declared him unfit to stand trial. Simon reportedly has schizophrenia and has bounced from hospitals to jails, shelters, and other facilities for many years.

At a court hearing on Tuesday, prosecutors did not contest Bellevue's evaluation, the Manhattan District Attorney's Office said.

"[T]he people confirmed the previous unfit finding and he was remanded to the custody of the Department of Mental Health and Hygiene until he is fit to stand," a spokesperson for the DA's office told FOX 5 NY in an email.

Simon is accused of pushing Go, 40, onto the tracks in front of a southbound R train at the Times Square subway station on Jan. 15. He was charged with second-degree murder.

While he is held at a psychiatric facility, Simon's criminal case will be on hold. If at some point psychiatrists decide he is fit to stand trial, then the DA can reactivate the case.

Simon's lawyer told The New York Times that his client can have "superficial conversations" but can lapse into gibberish.

Subway commuters have been dealing with a disturbing rise in crime underground. The mayor and governor responded by flooding the system with police officers earlier this year. However, some shocking acts of violence are still plaguing the nation's largest public transit system, including last week's mass shooting on a crowded subway car in Brooklyn.