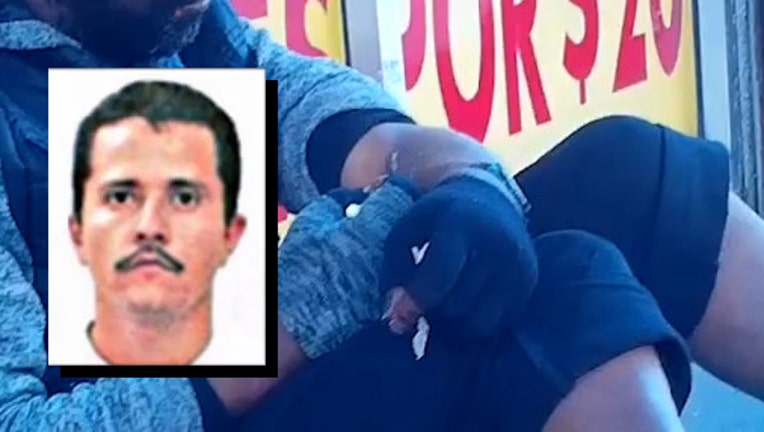 LOS ANGELES - The meth addiction epidemic gripping the homeless community on the streets of Los Angeles is being fueled by Mexico’s Jaliso New Generation Cartel (CJNG) and is being enabled by California’s Prop 47, the DEA said in an explosive interview with FOX 11.

A months-long FOX 11 investigation. The hunt for the most dangerous cartel leader in the world-- worse than El Chapo. And he's flooding our local streets with drugs-- his name is El Mencho.

February 4th UPDATE: LAPD reacts to this report, calling it 'troubling' and says it reflects what they are experiencing on the streets.

In a growing sign that the crisis is spiraling out of control, one prominent local homeless advocate tells FOX 11 he believes FEMA and the National Guard need to be called in to assist.

"CJNG, probably the most prolific cartel in Mexico right now as far as perpetrating violence and trafficking and drugs, is a huge influence on those of us in California," said Bill Bodner, Special Agent in Charge of DEA Los Angeles. "They’re pushing the drugs that are coming into the community here. They’re responsible for part of the homelessness." 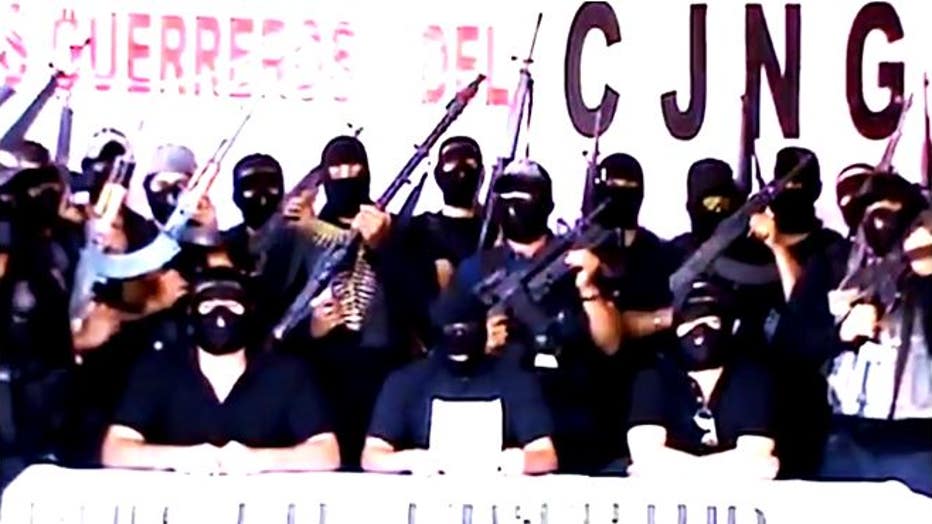 Bodner is the top dog at DEA LA, responsible for overseeing operations at 14 different DEA offices and capturing CJNG’s leader -- his office’s number one priority. The leader's name is Nemesio Oseguera Cervantes, also known as "El Mencho", and the DEA has a $10 million reward for any information that leads to his arrest. 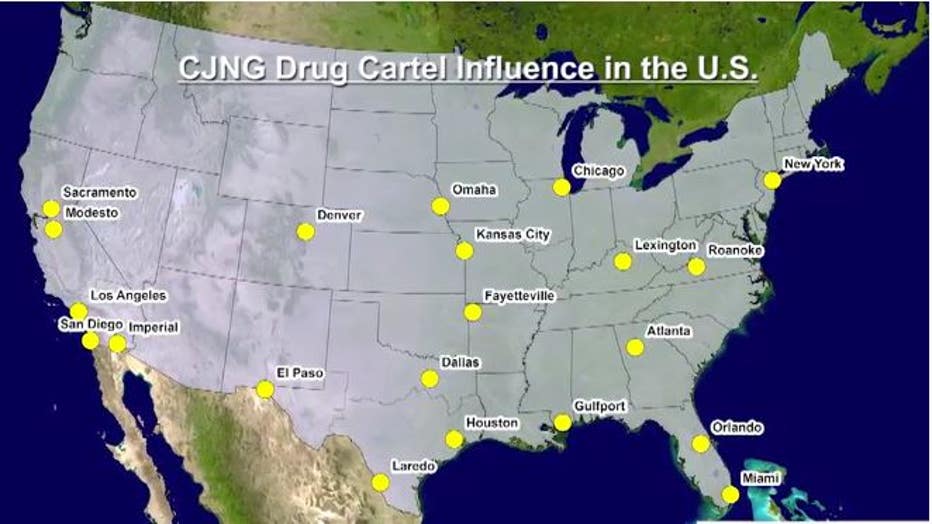 CJNG is responsible for one-third of all the drugs in the United States.

El Mencho has filled the void left behind after the capture of El Chapo, leader of the Sinaloa cartel.

Bodner said, "To some extent, I feel El Chapo was a little bit overrated. Mencho is probably worse because he’s more professional and focused on business, and he’s more focused on disciplined business." The results of that business are horrifying. In 2011, CJNG slaughtered 35 members of the rival Zeta cartel and dumped their bodies on a highway during rush hour.

In 2015, CJNG shot down a Mexican Army helicopter, killing 9 on board. Last October, CJNG killed 13 police officers in another ambush.

"It troubles me because this isn’t Iraq, this isn’t Afghanistan. This is literally a 2-hour drive from where I’m sitting right now," Bodner said.

But most troublesome to Bodner is the amount of CJNG drugs finding their way to Los Angeles, where the cartel has an extensive network. It’s not unusual for Bodner to seize one hundred, two hundred, three hundred, or four hundred pounds of meth at one location. Bodner says LA’s street gangs then act as intermediaries with the cartel, breaking up the meth and putting it out to street dealers. Those street dealers then prey upon the addicts in Los Angeles.

The results have been devastating.

FOX 11 filmed video on one afternoon across the street from LAPD’s Central Division in downtown Los Angeles, showing multiple addicts shooting up or smoking meth in public. In one video, a man approached another man who was smoking meth, asked him for some, took a hit, and then kept going on his way. A hooded drug dealer also approached the FOX 11 crew, offering to sell crystal meth. 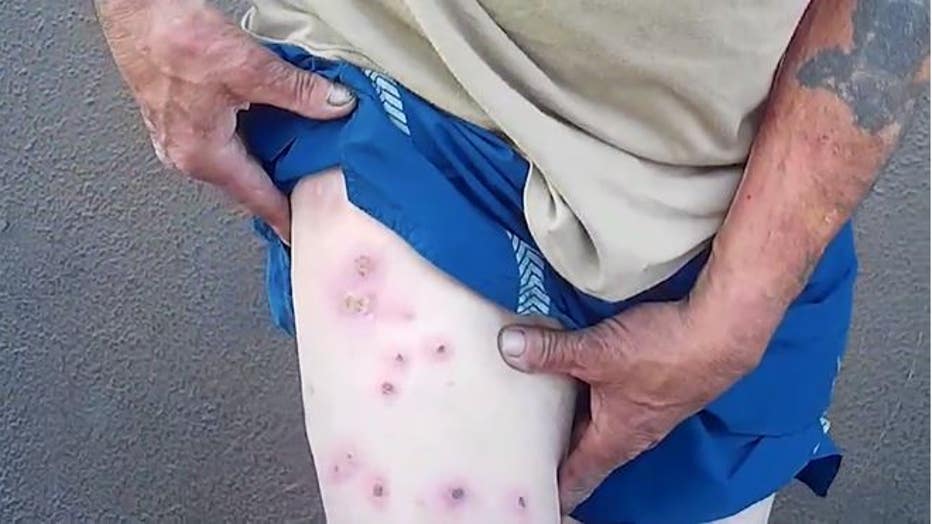 One homeless man told FOX 11 he used to be an addict but quit because he had a stroke. He showed FOX 11 numerous staph infections all over his body and said he’s been living on the streets for 2 years.

Bodner tells FOX 11 he believes California’s Prop 47 is playing right into the cartel’s hands. Prop 47 changed drug possession from a felony to a misdemeanor, which he thinks is enabling this addiction cycle.

"There’s no reason to be afraid of shooting up in public. There’s no motivation to go to treatment. They used to be given a choice, do you want to go to jail, do you want a felony conviction, or do you want treatment?" Bodner added, "Now, they get a ticket, tear it up, throw it away, and they’re using drugs the same day. So, it has not worked."

Reverend Andy Bales, the CEO of the Union Rescue mission in downtown LA, lost his leg to infection after stepping in human waste on Skid Row in 2014. But, he continues to dedicate his life to helping the homeless, and he's witnessing the addiction crisis first hand. "I’ve always said this is a FEMA-like crisis that requires a FEMA-like response. I would add that this is a drug crisis that needs a National Guard response." 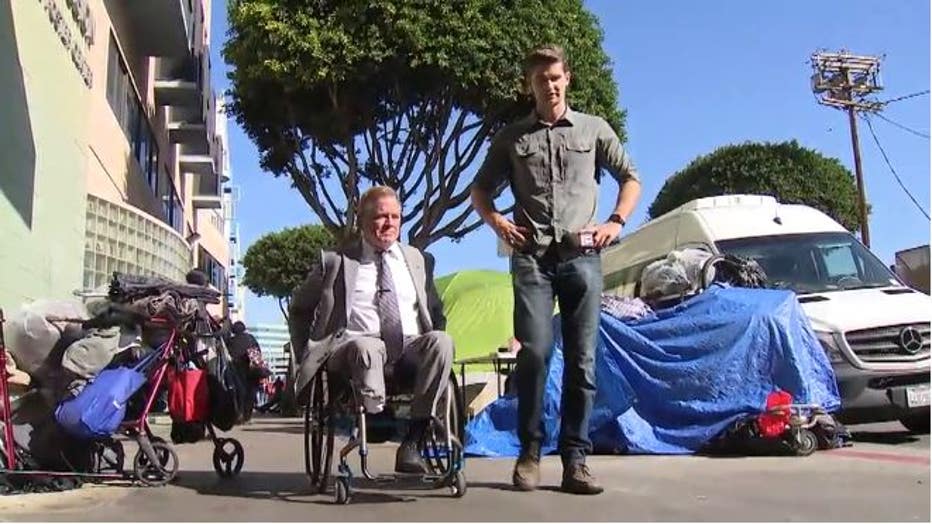 Reverend Andy Bales lost his leg to infection after stepping in human waste on Skid Row in 2014.

To CJNG, the thousands of addicts on LA’s streets are all cash cows -- a constant base of customers allowed to use without fear of intervention. They’re victims of a drug empire, led by a man being pursued with wiretaps, informants, and every resource at the DEA’s disposal.

Californians for Safety and Justice, a group that helped write part of California’s Prop 47, sent FOX 11 the following statement in response to the DEA’s criticism of the law.

Addiction, homelessness and mental illness are serious issues with major consequences for Californians, and we need to invest in real solutions rather than allow them to be exploited for short-term financial and political profit.

The statement went on to say:

"Too many would rather distract from their responsibility by advancing a political agenda that deflects blame and makes false promises. For decades, California wasted billions of dollars on excessive prison spending that allowed problems to worsen, gave rise to our current challenges, and made us no safer. While incarceration is necessary for some offenders, voters smartly approved reforms like Prop 47 to start putting an end to these failures by focusing investments into solutions that prevent and treat the root of problems that are the drivers of crime. What’s needed is for our investments to match the scale of our challenges, not be sold the same old political scam that will make California less safe."

When FOX 11's Bill Melugin asked Bodner if El Mencho ever sees this report, what would he want him to know, he replied with, "Don’t sleep. Don’t sleep. Stay awake, because we’ll be there."

The DEA is asking for the public’s help in capturing him. Anyone with information is asked to call 213-237-9990, or email MenchoTips@usdoj.gov. 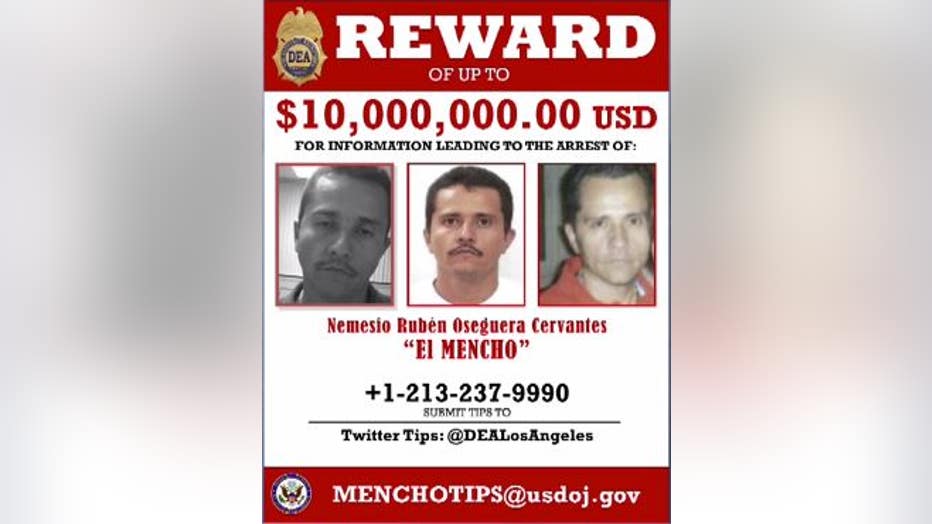 Ironically, El Mencho used to live in California 30 years ago. He was arrested on drug charges in San Francisco and Sacramento and was later deported back to Mexico.