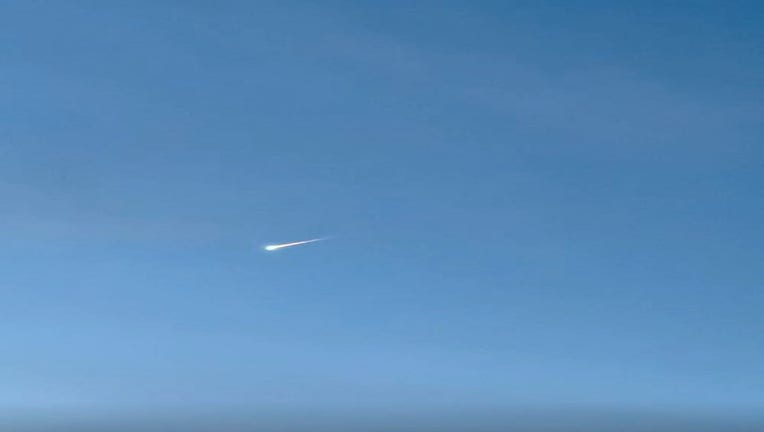 A Canadian woman narrowly avoiding being killed by a small meteorite that crashed through her roof and landed on her pillow while she slept.

Ruth Hamilton lives in Golden, a town in British Columbia.  She was sleeping when the meteorite hit on Oct. 4. It landed on her pillow.

"I just jumped up and turned on the light, I couldn’t figure out what the heck had happened," Hamilton told the Golden Star.

She told the paper that she was not hurt and plans to keep the rock and her grandchildren "think it's pretty cool."

The insurance company allegedly said it has never had a meteorite claim filed before.