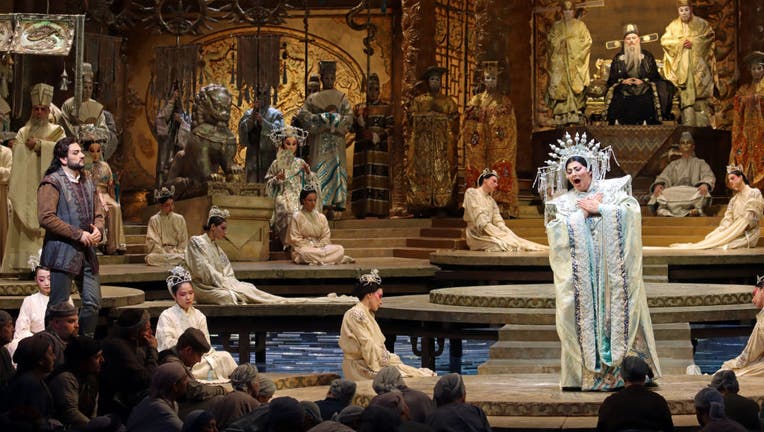 NEW YORK (AP) — The Metropolitan Opera is canceling the rest of its season and stopping the pay of the orchestra, chorus and other unionized employees at the end of March due to the new coronavirus.

Met general manager Peter Gelb said he is giving up his $1.45 million salary until normal operations resume and higher-paid members of his administrative staff are having their pay reduced — by 10% for everyone earning more than $125,000 and by 25%-50% at the top of the pay scale. The Met is launching an emergency fundraising drive of $50 million to $60 million and has obtained pledges from its board for $11 million of that.

“We have significant cash-flow issues that we have to deal with right now because of the loss of the box office,” Gelb said in an interview. "We're also at the same time encouraging ticket buyers to donate their tickets rather than take refunds or at least put their money on account so we can hold onto it and reassign it to a future performance."

With a $308 million budget this season, the Met is the largest performing-arts institution in the U.S. Its season was to have ended May 9, and its 2020-21 season opens Sept. 21. The crisis forced cancellation of about one-third of the season and three high-definition telecasts to movie theaters around the world.

The American Guild of Musical Artists, which represents the chorus and singers, viewed the Met's step as mandatory unpaid leave rather than layoffs since no artist contracts will be canceled.

Health care coverage for employees who receive it through the Met will continue. While AGMA was appreciative, it said in a statement “it's simply not enough during this pandemic.”

"Our artists are facing a scary and uncertain future," AGMA said. "They depend on performance and rehearsal fees to survive and they are out of work indefinitely. Many do not qualify for unemployment, many will lose health coverage, and many are not sure how they will continue to pay their bills. To that end, AGMA is lobbying for federal, state and local emergency relief."

Technical rehearsals for next season's new productions will be compromised, Gelb said. The chorus usually returns to the Met at the start of August and the orchestra right after Labor Day.

The Met, citing force majeure, is not paying individual singers for canceled performances.

"In the history of theater and opera, in force majeure situations, artists who are very well compensated, such as those who perform at the Met, do not get paid. That's why their contracts are written in such a fashion," Gelb said. "That does not mean that we are not sympathetic and supportive of them. For the Met to be able to come back and be a house they are able to perform in in the fall, it has to be strong and has to survive."

The Lyric Opera of Chicago, which called off its highly anticipated presentation of Wagner's Ring Cycle, is paying the singers 10%, the company said. The Atlanta Opera, a smaller regional company, paid its cast for the two canceled performances of "Porgy and Bess."

The English National Opera sent an email Monday to the cast of conductors of three scheduled productions that "we will be honoring all contracts until the end of the main stage opera season, up to and including performances on April 18."

No decisions have been made by The Royal Opera, Britain's largest opera company, which said in a statement "we are currently working through the planning on all aspects of temporary closure with all staff and artists a priority."

The Vienna State Opera said Thursday that ensemble members and administrative staff will continue to be paid.

"Guest artists who have already rehearsed for performances that could not take place due to the closure were paid for the time of the rehearsals and their travel expenses were reimbursed," it said in a statement. "However, as contractually agreed with guest artists, no fee is paid for performances that could not or cannot take place due to force majeure."

The Met has started a nightly free video stream of an opera, and Gelb said the website had 477,000 visitors Wednesday, up from its usual average of 3,000.