On the hunt for rats in NYC

NEW YORK - Late Thursday night into early Friday morning, Richard Reynolds led a group of six rat hunters working six terriers of varying breeds into and around the trash cans, trash piles and construction sites of the Lower East Side in search of this city's most reviled occupants.

"If things work right, and [they don't] always," Reynolds said, "they should catch the rat, shake it vigorously, break its neck and move onto the next one ... We do [this] for the dogs. But doing it for the dogs doesn't attract much attention. Killing rats attracts a lot of attention."

A dog show judge by day, Reynolds started hunting rats for sport 30 years ago, after some dogs at a competition in the old terminal building at Liberty State Park instinctively tracked and killed some of the many rats living there.

Rats on the move in NYC

Rats are back on NYC's streets as the city opens to more outdoor eating.

"The park superintendent saw them work and said: Hey, could you come back and do that for us?" Richard said.

On this night, Reynold's Ryders Alley Trencher Fed Society --- which forms the acronym "R.A.T.S.", takes its name from the colonial-era alley in lower Manhattan and has a waiting list for those wishing to join up --- hunts familiar ground near the Lower East Side's Baruch Houses, whose occupants applaud the pack's work.

"I've seen you guys on YouTube," one man said.

"Rat hunters in the building!" another cheered.

"Rats run a set path every night," Reynolds said. "They don't vary more than several inches from where they run."

So, to catch a rat requires finding that path and placing a dog in it.

"It's not rocket science," Reynolds said. 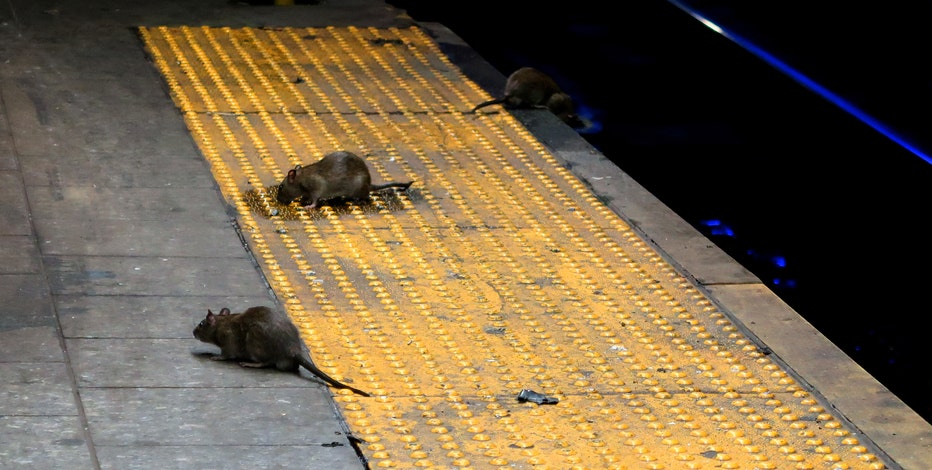 Rats growing more aggressive, even eating each other during pandemic

The lack of available food sources due to the shutdown of bars, restaurants, and other businesses during the coronavirus pandemic has reportedly lead to an increase in aggressiveness in rats as they become desperate for food.

The six dogs out Thursday into Friday -- Mighty, Paco, Marcus, Zoe, Rommel and Coco -- worked as a team to flush, block, herd, and catch their prey.

"One dog out hunting rats is next to useless," Reynolds said.

"Even though it's a smaller quarry. It's rats. Your adrenaline goes," Jimmy Hoffman said. "You feel good when your dog nails one."

Hoffman -- a vet tech from Queens -- owns, lives with and handles Mighty, who, like the rest of these dogs, requires a bath after a night of burrowing through trash bags and chomping on dirty vermin.

"After the hunt," Hoffman said, "he gets completely washed. I shower." 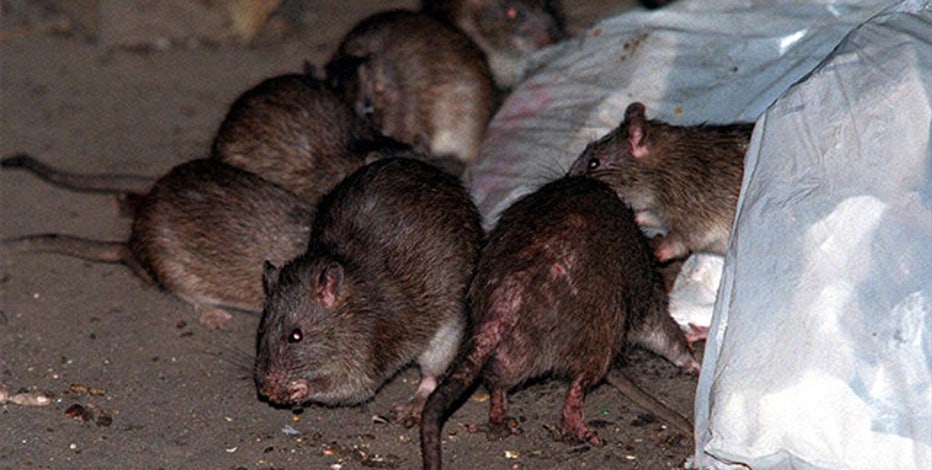 A look at NYC's rat problem, past and present

According to a report by the Independent Budget Office, Brooklyn’s rat population is on the rise, with an estimated 65,000 rodents roaming the borough, four times the number from the last few years.

"He brings home every odor that you're currently smelling now," Reynolds said of Marcus, "and you'll be smelling for the rest of the night."

"I have kids. I have a wife," Hoffman said. "You gotta keep everybody clean and safe. He lays on the couch. He sleeps on the beds."

After the lockdown, Reynolds said he hasn't seen more rats or fewer rats but he has seen more large rats---and in different places.

"Right now," he said, "we can't predict where we're going to find them."

Finding the rats on this summer night proved easy.

"We don't count how many we kill," Reynolds said. "What we count is how many get away."

"Now, that was terrible," Reynolds said, after a dozen rats in one dumpster escaped his pack.

But as the charge of this terrier brigade sent many rats scrambling to safety, leaving the dogs' handlers dismayed, 16 rodents plunged into the jaws of death.

Coco received one such nip, Thursday, requiring a little first aid. Reynolds keeps a full field hospital in his truck but admitted no dog had ever suffered a serious injury or gotten sick from a hunt in the Ryder's Alley Trencher Fed Society's 30 years in operation. And Reynolds carries a stick with a carbide tip to keep it that way.

"The sewers around here were basically what is called a 'rat reservoir," Reynolds said.

Manhattan offers a never-ending, always replenishing if not expanding supply of prey for these rat hunters, who kill for sport and accept no payment, for the good of the neighborhood, but mostly, their dogs.

"For every dog," Reynolds said, "you have to have some initial prey drives. You gotta wake it up."